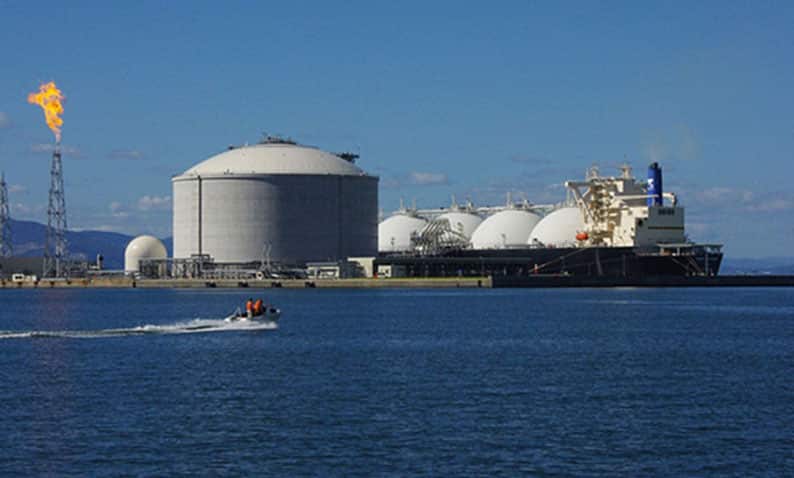 Cyprus’ gas discovery in Block 12 has remained stranded since 2012 with no outcome in sight.

The Aphrodite natural gas field off Cyprus is commercially viable and the field could produce 300 billion cubic feet (BCF) a year, which could be transported to Egypt by pipeline, the partners behind the project said.

Egypt and Cyprus have agreed to start discussions in December on an agreement to build a gas pipeline from Aphrodite to Egypt. The agreement came from the talks during the recent visit by Egypt’s President Abdel Fattah el-Sisi to Cyprus.

The gas pipeline will make use of an existing at half-way pipeline network from depleted Egyptian gas fields to liquefaction plants at Idku and Damietta, which will contribute to lowering the cost of getting the Cypriot gas to the Egyptians’ LNG plants.

President Nicos Anastasiades told a joint press conference that he and el-Sisi agreed in their talks that the discovery of natural gas was opening up a unique opportunity for joint action aimed at benefiting the peoples of the two countries.

Idku LNG plant, on the Mediterranean coast, is partly owned by Shell, which further facilitates the negotiations.

But there are other complications and conditions that need to be resolved before a final go-ahead can be reached.

Egypt, which announced in 2015 the discovery of a 30 TCF gas reserve at Zohr in its EEZ close to Cyprus’, is only interested in buying Cypriot gas for re-export via its two largely idle liquefaction terminals at Idku and Damietta. The most populous Arab nation can amply cover its domestic demand for energy with Zohr and Atoll, and does not need to import any gas.

Furthermore, on the commercial side of the move, Cypriot gas has to be transported to Egypt, liquefied and re-exported to potential markets and remain price-competitive at its destination markets. Energy Minister Yiorgos Lakkotrypis told MPs at the House finance committee: “During this period the oil and natural gas industry is not at its best, it is under pressure […] The talks are made difficult by internationally low oil prices,” he said. Negotiations between companies involved in the Cyprus and Egypt project progressed through 18 rounds of talks during the last two years. Negotiations fell apart when the parties could not agree on a fair price.

An additional hurdle to realising this costly project, estimated at US$3 billion, is whether the two LNG plants will have spare capacity to treat the Cypriot gas. Egypt will give priority to treating its own gas before allowing foreign gas to be treated in its LNG plants.

However, Egypt plans to maximise the economic benefit from natural gas and to add value to these resources not only by selling it as gas or LNG but in using it as feedstock to develop a leading petrochemical industry in the area. With its strategic location and large domestic market, the country is well positioned for this business. The government is focusing on increasing value-added production of natural gas through the petrochemical industry.

Egypt’s Minister of Petroleum and Mineral Resources Tarek El-Mulla said that the petroleum sector is currently mulling the establishment of new projects in the sector to increase the economic revenues of the state, next to maximising the added value of hydrocarbons wealth.

Since 2011, most of Egypt’s petrochemical companies have operated at 50 per cent or less of their total capacity because of natural gas scarcity. The Zohr discovery as well as other future discoveries are expected to play a very important role in reviving the industry. Petrochemical companies are expected to boost their capacity by up to 80 per cent.

The natural gas feedstock, a primary consideration for the petrochemical industry, is expected to be available in Egypt at competitive prices as soon as new gas discoveries come online. The government is planning to monetise the newly discovered natural gas to foster its utilisation in value-added industries. Natural gas is increasingly at the heart of the global petrochemical industry’s ability to produce the components of many products.

In addition, Egypt supplies petrochemical products to about 50 countries worldwide. Egypt is gifted with a strategically beneficial location, which facilitates product export to global markets, such as Asia, Europe and Africa. Growth among these small and medium-sized businesses could create tens of thousands of new jobs.

The Egyptian ministry of petroleum and mineral resources considers the petrochemical industry a priority and hopes to garner $20 billion worth of investments from it.

The petrochemical industry plays an important role in the Egyptian economy and is one of the most dynamic parts of the oil and gas sector. Recognising the importance of the industry, the Egyptian government has developed and is implementing a master plan to accelerate its growth.

According to the United Nations Industrial Development Organisation (UNIDO), domestic demand for petrochemical products is increasing in Egypt. This demand will continue to increase at a brisk pace for the foreseeable future due to economic and population growth.

Egypt’s petroleum sector includes eight large petrochemicals projects with investments worth almost $7 billion and a total capacity of about 4.5 million tons per year, according to a 2016 report by Plastics News Europe.

In August 2016, Egypt’s downstream sector set a new milestone with the inauguration of the petrochemical complex of the Egyptian Ethylene & Derivatives Company (Ethydco). The complex has the capacity to produce 480,000 tons of ethylene annually. Other projects are currently in the works.

Thus, Egypt’s gas reserves and strategic location close to western European and Mediterranean markets make it an attractive place in which to invest in new petrochemical facilities.

Based on the above, Egypt will still have free liquefaction capacity in its LNG plants to accommodate Cypriot gas from its Aphrodite field and probably from other fields as well. As for Egypt gas production, it would be better used by its petrochemical industry.

Abboud Zahr is a Cyprus-based oil and gas specialist

Dramatic shifts in the balance of Middle East power