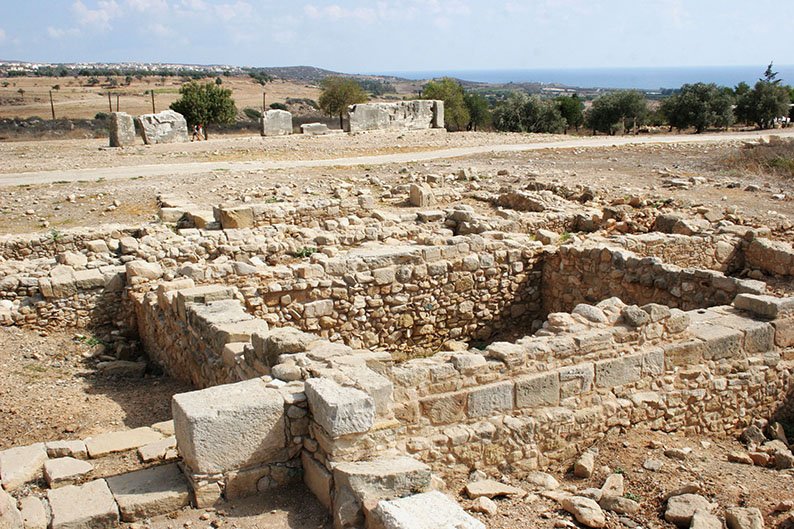 THE community leader of Kouklia village in Paphos is appealing to the government to step in to halt the ongoing practice of illegal excavations and theft of antiquities in the area.

Michalakis Nicolaou told the Cyprus Mail on Tuesday that more must be done by the state to protect the area’s heritage and artefacts from would- be looters.

“I have just made a complaint to the minister of the interior about these practices and pointed out that it is not our responsibility to protect these sites, as we are not police and it can be very dangerous for us,” he said.

Nicolaou has requested that two community policemen be employed in Kouklia to ensure that these illegal practices, which have been going on for years, finally come to a halt. “They would help immensely,” he said.

Kouklia is built in the area of “Palaepaphos”- old Paphos- the birthplace of goddess, Aphrodite. It is an important archaeological area, rich in interests and artefacts. Excavations have been ongoing on the site since 2006, and remains of the ancient city and the sanctuary can be seen today.

Nicolaou stressed that the government must take immediate and urgent action, pointing out that members of the public can only pass on information if they spot somethingsuspicious, but questioned who they can give this information to. “We need a dedicated department,” he said.

He also said that uncovering the culprits can be difficult, as sometimes the information passed on may not be correct as far as artefact thieves go, and that it’s sometimes actually illegal hunting that is taking place.

“People see someone drive their car in a field and they presume they are going to dig, but they are actually hunting with a gun,” he said.

The community leader noted that he is hoping that the state take action, but that he can “only hope and wait.”

A spokesman for Kouklia police said that the phenomenon is nothing new and that such thefts have been going on for years.

“People have been trying to steal from the archaeological sites and areas close to them for a long time.”

He noted that extra police patrols are in sensitive and known areas, and that police carry out operations where necessary and also follow up any information that they receive about the theft of items.

“We have caught a number of perpetrators, they can have all sorts of items on them such as pots and coins and anything which they believe is historic and has value,” he said.

However, he admitted that a lot depends on luck in catching the thieves. Police also rely on information from vigilant members of the public, who he encouraged to report anything suspicious.

He said that most of the thieves are Cypriot but are usually residing in other towns on the island.

“We bring them to the court and the judge decides what to do with them, whether they will get a fine or be sent to prison.”

He said that most end up paying a fine.

“Once we catch the thieves with archaeological items in their possession, representatives from the archaeological department register anything of historical value and take it away, he added.

Politis reported on Tuesday that Professor Maria Iacovou, from the Department of History and Archaeology, Archaeological Research Unit, University of Cyprus, in a recent letter to the House, highlighted the issue, complained about the looting of artefacts in Kouklia in particular, as well as other areas.

The professor added that there is evidence of all-year round illegal digging at many of the excavation sites, and that she has voiced her concerns to her department. She also noted that there is no protection for the sites or the excavated items.

In August 2016, Paphos Mayor Phedonas Phedonos claimed organised criminal gangs from Limassol were primarily responsible for antiquities being looted and sold, and Auditor-general Odysseas Michaelides noted that the antiquities department was making efforts, along with the police, to protect sites from looters.