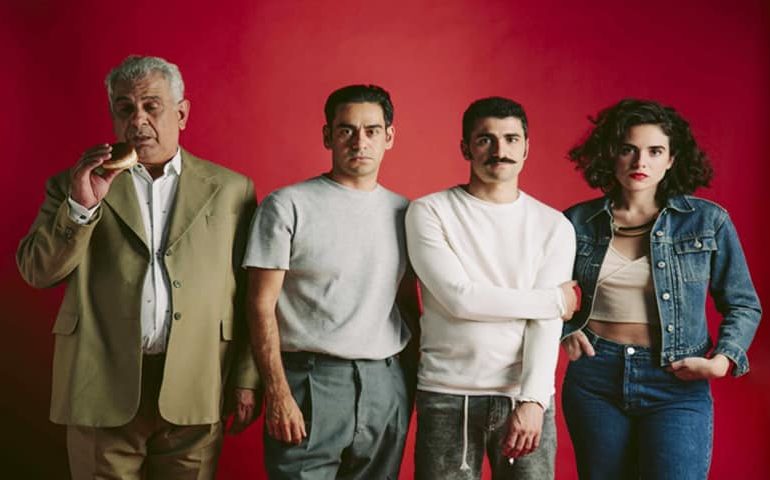 State theatre organisation Thoc said on Wednesday it may take legal action against Sotira local authority for banning a performance of the play, Cock, because residents objected to its perceived gay content.

Cock by Mike Bartlett tells the story of a man who after breaking up with his boyfriend falls in love with a woman and the efforts of his ex to win him back.

It was scheduled to be staged at the Sotira municipal theatre for one show, but the town’s local government announced on Tuesday after an extraordinary meeting that they unanimously agreed that the show was to be cancelled “to preserve order and normality within the municipality and to avoid any unpleasant incidents”.

Mayor of Sotira, Giorgos Takkas, seemed embarrassed on Wednesday as he awkwardly tried to explain the council’s decision.

He said that even though he felt that reaction against the play were over the top, he did not want to risk strife within the local community.

A publicity poster with the two male co-stars of the play kissing seemed to be the immediate cause for the town’s objections.

“I spoke to several people, what bothered them was the poster,” Takkas told Sigma TV.

He said that people who opposed the play had warned the municipality they would cause trouble.

“We didn’t want to create strife within the municipality. Caution was necessary. As a mayor, I wouldn’t want to see people fighting each other over such an issue.”

Takkas said he had made attempts to alleviate concerns. “Unfortunately, no side would budge, so, to avert scuffles, we decided that the show would not be staged.”

Thoc on Wednesday said that although it believed the show must be staged as part of its mandate to reach audiences in all districts, the municipal council decision had forced it to pull the performance. But it said that “it reserved the right to exercise any legitimate right resulting from the decision of the municipal authorities of Sotira, to protect its prestige and function”.

Thoc said it had scheduled staging the play in Sotira, in cooperation with the municipality, believing they were offering a “high-level artistic production that sensitively and humorously touches issues that concern society, such as those of companionship, self-determination, freedom of choice and acceptance of diversity”.

Reactions to the play are possibly due to misinformation on the content of the show which has been staged successfully in Nicosia and Limassol without having raised any protests, it said.

Following the rejection by Sotira, mayor of neighbouring Deryneia, Andros Karayiannis, offered to host the play instead.

Artistic director of Thoc, Savvas Kyriakides, said that they would seriously look into the possibility of staging the play in Deryneia if an official proposal is made to them.

Kyriakides stressed that Cock is not about homosexuality.

“It begins with a gay couple but it is about co-existence, self-determination, acceptance of the other person,” Kyriakides told the Cyprus Mail.

He added that the show has been staged in Nicosia and Limassol over the past two months without a single problem, as it “approaches the issues it deals with great sensitivity, and not aiming to provoke”. It is also one of Thoc’s most successful plays, he said, playing to near capacity audiences.

“It reminds us of periods of Nazism and reveals efforts to limit public awareness,” the head of Accept, Costas Gavrielides said.

Education Minister Costas Kadis also expressed his disappointment. “Such approaches are not justified in an open, tolerant and democratic society,” Kadis tweeted.

Cock is to be staged in Larnaca later in the week and will return to Nicosia next week until January 13.

Greek police fire teargas at protesters on anniversary of riots

ISOP pupils at the Presidential Palace