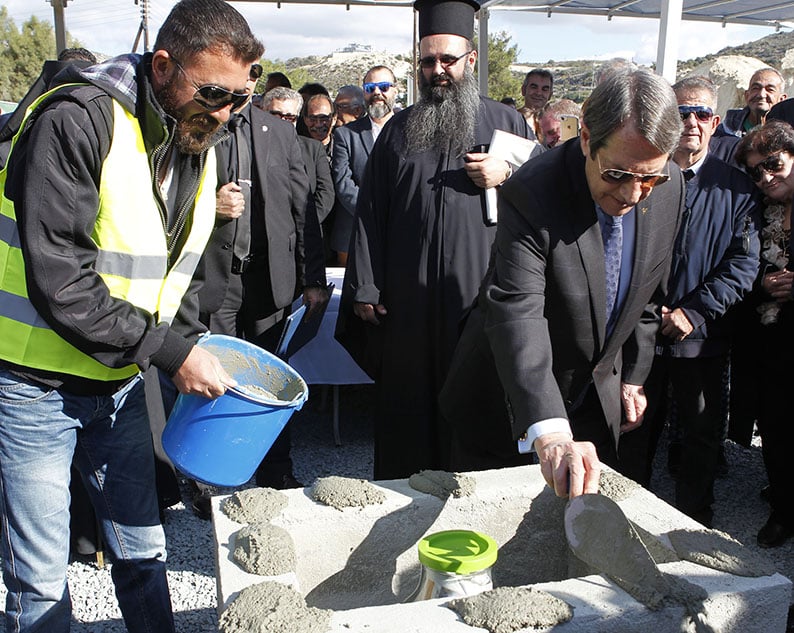 PRESIDENT Nicos Anastasiades said on Saturday that infrastructure projects amounting to more than €1bn were in the process of being implemented following suggestions by local authorities.

During the inauguration of the new town hall at Ypsonas in Limassol, the president said that the reform of local government was among his administration’s top priorities.

Toward this end, he said, the government had presented a comprehensive programme of reforms and changes that reinforces and modernises the institution of local government, “so that they can respond to the new demands and future needs of local communities”.

He expressed hope that the legislative body, would, following January’s presidential elections, “and away from any expediencies adopt the reforming law”.

The three bills comprising the government’s local administration reform package are currently being discussed at the House interior committee.

The reform is necessary, he said, as it would help save resources which local authorities could utilise to respond to the needs of each of their local society.

“As government, we call for a new relationship between the state and citizens which, through dialogue and continuous communication, will more actively involve local authorities in the process of planning and decision-making, in terms of growth and welfare of local societies achieving progress and the improvement of the living standards of residents,” Anastasiades said.

The president said that the meetings he had this year and in 2015 with local authorities to hear about their problems and suggestions on improving their services in tandem with his administration’s “prudent, coherent and targeted economic policy” infrastructure projects amounting to €1.21bn were announced to benefit communities and municipalities.

Anastasiades also welcomed the approval on Friday by the House plenum of the supplementary budget for 2017 which includes €178m earmarked for paying off local authorities’ government-guaranteed loans as per last July’s cabinet decision. He also mentioned the government’s recent decision to write off €18m owed by local authorities to the water board councils.

“By further strengthening relations between central and local government, we will be by your side supporting your plans and planning on projects that are decisively upgrading local communities by providing citizens with quality and efficient services,” Anastasiades said.

Later in the day, Anastasiades laid the cornerstone of the new primary school of Palodia, also in Limassol, within which he laid a time capsule. The construction of the school, which is expected to be completed by March 2019, is estimated at €4m. The president said that it will be “a modern school building with 12 classrooms, four workshops, a multi-purpose room, a library, special education halls, a doctor’s office, offices, a canteen, sports fields, warehouses and auxiliary areas”.