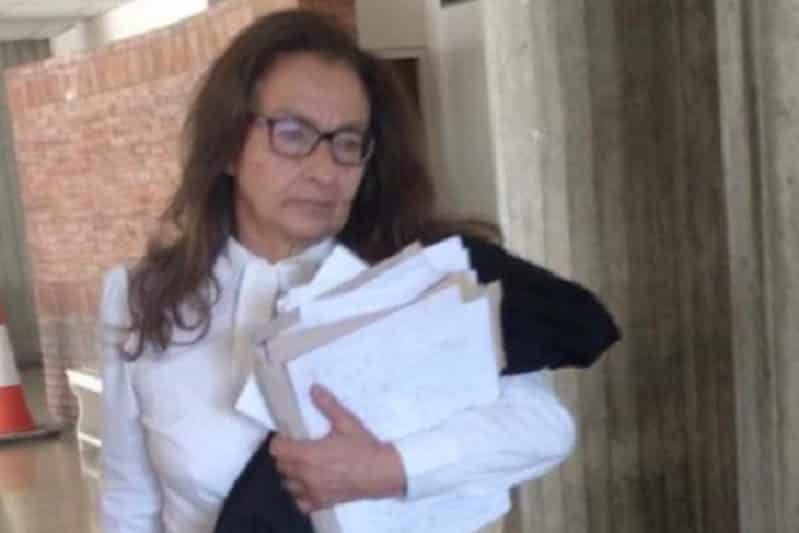 Suspended senior state attorney Eleni Loizidou is suing daily Politis seeking damages of  between €500,000 and €2m, claiming that the media outlet breached her right to privacy and her right to the protection of personal data, it emerged on Saturday.

Loizidou, formerly head of extradition requests and de facto number-two at the state’s legal service, saw thousands of emails she had sent from a personal Gmail account she used for legal service business, made public by a Russian website and reproduced in Cyprus by daily Politis last month, and later in other media.

The emails suggested she may have been overly helpful to Moscow in the extradition cases of Russian nationals. This led to her suspension and a probe into her behaviour by a cabinet appointed special investigator.

Politis said on Saturday that a law suit was delivered to their offices on Friday against the newspaper and against journalist Manolis Kalatzis in whose article the leaked emails were mentioned originally.

The daily also said that Loizidou requested a court order forbidding them to publish “information, news reports or comments” concerning the content of the leaked emails. She also demands that Politis was not to ever mention her or refer to the way in which she performs her duties at the Legal Service.

Even though Loizidou stated to the court that she believes that there is nothing wrong as regards the content of her emails, Politis said, “in a subsequent paragraph, Ms. Loizidou states that the disciplinary investigation that started against her may be affected by reports on the emails”.

Following the publication of the content of the emails in question, a discussion arose as to whether it would be an offence to reproduce them.

Loizidou’s lawyers threatened to sue anyone publishing the emails as “the use of intercepted material is a criminal offense […] and is punishable by a five-year imprisonment”.

Personal data commissioner Irene Loizidou Nicolaidou said that the law does not forbid the publication of personal data in the presence of superseding public interest of informing the public. The media, she said, should continue to investigate Loizidou’s leaked emails while taking care not to unnecessarily expose the personal data of any of the people referenced in them.

The bar association backed the attorney-general’s appeal for an end to a public debate over Loizidou’s leaked emails arguing that this may affect the investigation. The AG had earlier warned that it was an offence punishable with imprisonment.

The journalists’ union also weighed in, saying press freedom could not be hindered under the pretext of law and order.

The Committee for Journalistic Ethics (EDD) said on Saturday that the right to freedom of expression is inviolable and a precondition for objective and comprehensive information of the public.

In a democratic society, the EDD said, the media “have not only a right but also an obligation to investigate issues of journalistic interest that are of public interest and for which citizens have a legitimate right to know”.

It added however, that media ought to respect the code of journalism ethics, especially provisions concerning presumption of innocence and the right of reply.

“The reputation and privacy of every individual must be respected. Therefore, interventions and investigations into the privacy of individuals without their consent, including the provision of intelligence information, as well as the disclosure of personal data are generally unacceptable,” it said.

It added however, that, media, “in exceptional cases and when they do not have other means of providing information, can circumvent the provision in question, provided that the public interest is solely served”.