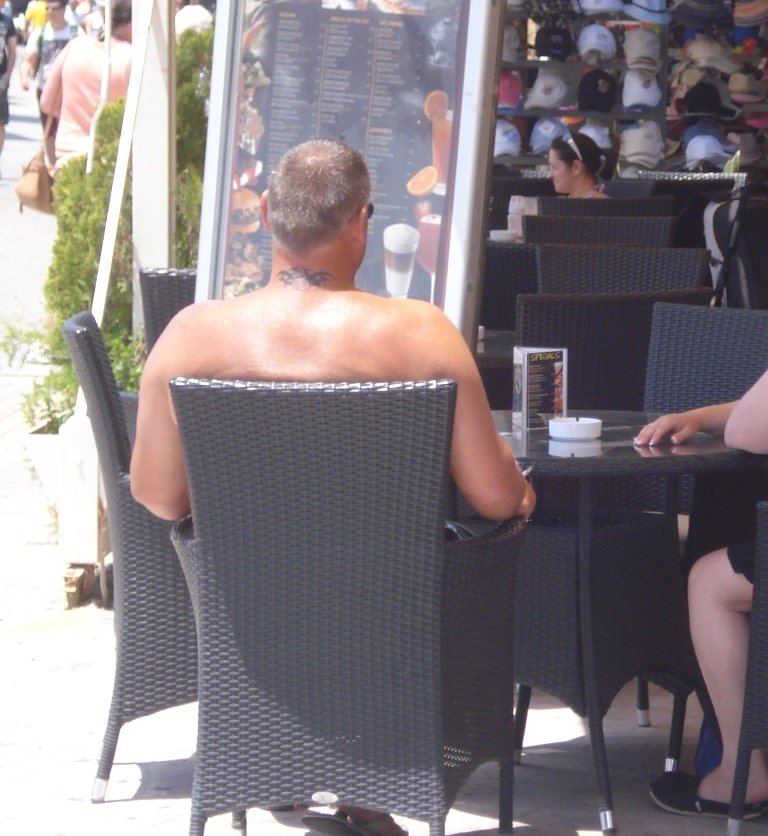 As a product of a mixed marriage, it’s my belief that those of us caught in this quirk of fate tend to feel that nowhere in particular can be classed as home and that it’s more a question of wherever my hat is, that’s my home, as the song goes. It’s certainly so in my case.

Add that to the fact that as I’ve lived in a myriad of places in different countries, not for me the excessive outpouring of love for my country and general patriotic fervour which can be witnessed all too often in public, articles or newspaper forums together with xenophobic diatribes thrown into the pot for good measure.

During my childhood days and before the advent of the package holiday, I was fortunate enough to have been taken abroad by my parents and was thus exposed to the sound of different languages, culture, food, modes of transport, architecture and other facets. My first such recollection was a holiday in the mid-1950s spent in a quiet village called Tossa de Mar located on the Spanish Costa Brava and there wasn’t a Briton in sight. We stayed in one of only two hotels.

My parents befriended two Belgian and German couples with their respective children and I had a wonderful time. I also remember my father mumbling under his breath that despite the Germans having been defeated in the war, they now seemed to be prospering as never before if the numbers of them driving around in fancy cars in places like Tossa were anything to go by!

The advent of the package holiday in the 1960s changed everything for ever and some years later I returned to Tossa and its neighbour, Lloret de Mar, to find that both had been submerged under concrete gin palaces, fish and chip ‘emporia’, tacky souvenir shops and crowded beaches with hardly a spot left upon which to lay a towel.

It’s a constant source of amazement why so many tens of millions of us work 50 weeks of the year in order to sit in cramped seats in a metal tube, plonk ourselves on some beach for a fortnight, get roasted and return to our workplace to show off a tan which disappears after a couple of days.

In these havens of suntan oil, kebabs, pizzas, English breakfasts, chips doused with curry sauce and excessive drinking, the Brits stand out a mile and all inhibitions are cast to the four winds. The Friday and Saturday night binges that are de rigueur in so many British towns are transferred abroad and can be played out on a nightly basis with the girls very often leading the way, consuming profusions of ‘shots’ with a maniacal frenzy. I’ve surmised that perhaps all this exuberant excess is an antidote to the standard British reserve and it’s only through alcohol that this characteristic can be instantly reversed.

This leads on to how the British dress when they alight on foreign shores. Despite the nation becoming more fashion conscious in the context of what people wear, with many home-grown designers in the forefront, generally Britons still prefer to wear standard kit comprising of ill-fitting T-shirts or shorts, very often sporting the Union Jack and an array of unfashionable headgear and footwear. Sandals worn with socks guarantees that the individual is a Brit!

All too often, men walk about in foreign holiday resorts with no top, displaying either a well-formed beer belly, tattoos or invariably both, the latter having now become a so-called fashion statement in its own right thanks to the likes of David Beckham.

Perhaps another couple of centuries are required for Brits to acquire that inbuilt sense of style that Italians seem to acquire the moment they exit the womb. Actually, perhaps they need even longer.

Tax evasion and money laundering: ‘no time for complacency’

From Guernica’s ruins, a lesson in fake news