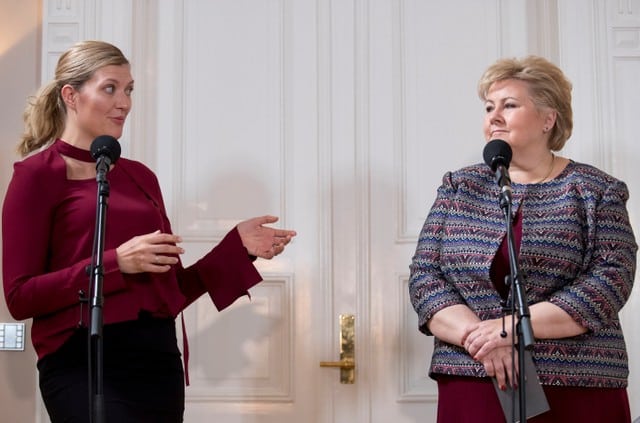 The leader of the group that won this year’s Nobel Peace Prize on Sunday urged nuclear nations to adopt a United Nations treaty banning atomic weapons in order to prevent “the end of us”.

The International Campaign to Abolish Nuclear Weapons (ICAN) was awarded this year’s Nobel Peace Prize by a Nobel committee that cited the spread of nuclear weapons and the growing risk of an atomic war.

ICAN is a coalition of 468 grassroots non-governmental groups that campaigned for a UN Treaty on the Prohibition of Nuclear Weapons, adopted by 122 nations in July.

The treaty is not signed by – and would not apply to – any of the states that already have nuclear arms. Beatrice Fihn, ICAN’s Executive Director, urged them to sign the agreement.

“It provides a choice. A choice between the two endings: the end of nuclear weapons or the end of us,” she said in her speech at the Nobel Peace Prize ceremony in Oslo.

“The United States, choose freedom over fear. Russia, choose disarmament over destruction. Britain, choose the rule of law over oppression,” she added, before urging France, China, India, Pakistan, North Korea and Israel to do the same.

Israel is widely assumed to have nuclear weapons, although it neither confirms nor denies it.

“A moment of panic or carelessness, a misconstrued comment or bruised ego, could easily lead us unavoidably to the destruction of entire cities,” she added.

“A calculated military escalation could lead to the indiscriminate mass murder of civilians.”

Fihn delivered the Nobel lecture together with Setsuko Thurlow, an 85-year-old survivor of the Hiroshima atomic bombing and now an ICAN campaigner.

Thurlow recalled on stage on Sunday some of her memories of the attack on Aug 6, 1945.

She was rescued from the rubble of a collapsed building about 1.8 kilometres (1.1 mile) from Ground Zero, she said. Most of her classmates, who were in the same room, were burned alive.

“Processions of ghostly figures shuffled by. Grotesquely wounded people, they were bleeding, burnt, blackened and swollen,” she said.

“Parts of their bodies were missing. Flesh and skin hung from their bones. Some with their eyeballs hanging in their hands. Some with their bellies burst open, their intestines hanging out. The foul stench of burnt human flesh filled the air.”

The United States, Britain and France sent second-rank diplomats to the Nobel ceremony, which Fihn earlier told Reuters was “some kind of protest”.

Japan, which is the only country to suffer atomic bombings and now relies on the US nuclear umbrella, has also not signed the treaty. In a statement late on Sunday, Japanese Foreign Minister Taro Kono expressed respect for the efforts of atomic bombings survivors toward a nuclear-weapons free world.

But he added: “It is essential to steadily seek ways to advance nuclear disarmament realistically, while responding appropriately to real threats, including North Korea’s nuclear and missile development programmes.”

A triangle of innovative sounds