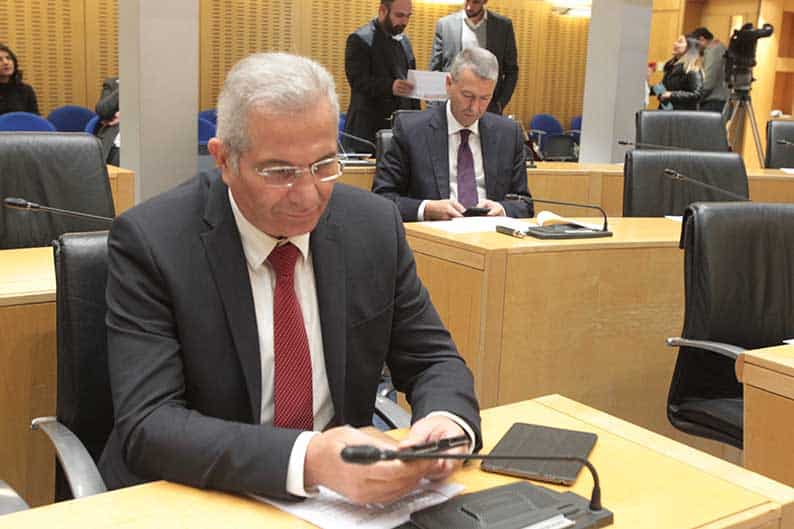 The parliamentary debate on the 2018 state budget got underway on Monday, as once again passage of the bill hung in the balance with only ruling Disy and opposition Diko sure to vote for it.

However reports suggest the Solidarity Movement, with its three MPs, will join Diko and Disy, thus garnering 30 votes in favour.

Main opposition Akel, the Citizens Alliance and nationalists Elam have said they will vote down the budget. Socialists Edek and the Greens have yet to decide.

The debate began with a summary of the House finance committee’s report on the 2018 budget, followed by the speeches of the leaders of the parliamentary parties.

As is customary, opposition politicians used the pulpit to slam the economic policies of the Anastasiades administration.

“This is a budget without vision or prospects, one that perpetuates income inequality and economic uncertainty,” asserted Akel leader Andros Kyprianou.

The administration, he added, is content only with the economic indicators while real people continue to feel the sting of the financial squeeze that began in 2013.

“This government has gutted the welfare state, weakened small and medium-sized businesses, brought chaos to the public health system, led low-income pensioners to poverty, and drove thousands of youths to seek life abroad.

“Now, shortly before the elections, the administration is liberally issuing proclamations and blank cheques, asking society to re-elect it. But society must know that Nicos Anastasiades has lost all credibility. They should know that, before the elections, he may turn into Santa Claus, but afterward he will pursue the same anti-popular policies.”

Kyprianou lambasted the government for boasting about GDP growth on the one hand while wages are shrinking on the other.

“It is clear who is benefiting from the ‘growth’ of the Anastasiades government,” he noted.

The Akel leader said revenues from tourism and the citizenship-through-investment scheme are welcome, but not sustainable as a long-term economic strategy.

They are the result of economic and geopolitical circumstances and not the outcome of a well-designed policy.

“So other than transitory, this economic growth is also fragile,” he said.

Solidarity Movement’s Michalis Giorgallas said that in the Cypriot economy there is no success story “but a true story of bitterness, pain, poverty, injustice, dreams that turned into nightmares”.

Even though the proposed budget is a well-balanced one, at the same time it is shallow, lacks vision and is “unrelated to the basic needs of the economy and does not support radical, bold changes and substantial innovative reforms that the Cypriot state needs today,” he said.

According to the budget report prepared by the House finance committee, total expenditures for 2018 (not including loan repayments) are 1.5 per cent lower than in 2017.

This is partly due to accounting acrobatics, as for the first time the 2018 budget has shifted tax and duties refunds from the spending side to the revenues side of the balance sheet, listing these as negative revenues.

Although noting the positive development of GDP growth, the finance committee report expresses concern over the high level of non-performing loans, elevated private indebtedness, and the weak competitiveness of the Cypriot economy.

The budget debate continues on Tuesday, and on Wednesday the bill is to be put to a plenary vote.

The House will then adjourn, to reconvene after the January 2018 presidential elections.