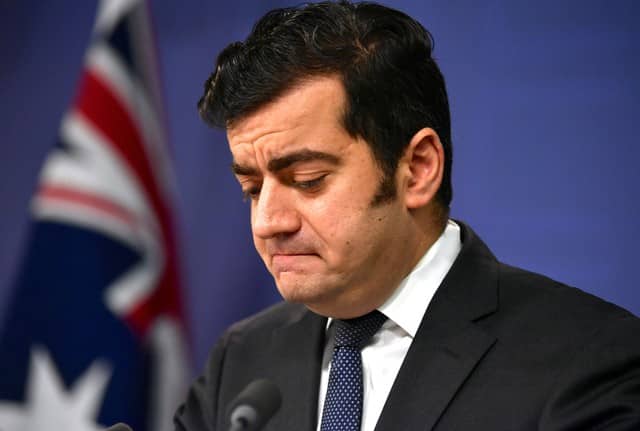 A prominent Australian opposition senator, Sam Dastyari, said on Tuesday he would resign from parliament after a series of allegations emerged about his links with Chinese-aligned interests in Australia.

Relations between Australia and China have become strained since Australia announced last week it would ban foreign political donations as part of a crackdown aimed at preventing external influence in domestic politics.

China hit back, with the ruling Communist Party’s official People’s Daily describing media reports about its interference as “racist” and “paranoid”.

Dastyari, widely viewed as a rising star of the centre-left Labor opposition party, has been under fire since domestic media reported he had sought to encourage the party’s deputy leader not to meet a Chinese pro-democracy activist opposed to Beijing’s rule in Hong Kong in 2015.

“Today, after much reflection, I’ve decided that the best service I can render to the federal parliamentary Labor Party is to not return to the Senate in 2018,” Dastyari told reporters in Sydney.

Asked about Dastyari’s resignation, Chinese Foreign Ministry spokesman Lu Kang said it was an internal affair for Australia and China did not comment on other countries’ affairs.

The latest allegations came just days after Turnbull on Monday told the Australian Broadcasting Corporation Dastyari had warned Chinese political donor Huang Xiangmo that his telephone might be tapped.

Dastyari had already quit some senior Labour positions after a tape surfaced of him appearing to endorse China‘s contentious expansion in disputed areas of the South China Sea, against his party’s platform. The tape showed him standing next to Huang.

Turnbull accused the Labor Party of “failing to put Australia first”, rhetoric that analysts said could widen divisions between Canberra and Beijing.

“The row has erupted and it has claimed a political scalp,” said Euan Graham, director, international security programme at the Lowy Institute, an Australian think-tank.

“China could retaliate through non-official sanctions such as reduced tourist numbers or through buying of goods elsewhere.”

But growing trade ties are only one side of a delicate balancing act for Australia, whose unshakeable security relationship with the United States has limited how cosy it gets with China.

The recent political focus on Dastyari’s China links has been a welcome distraction for Turnbull, who is suffering a slump in popularity in a country where three prime ministers have been ousted by their own parties since 2010.

The fragility of his centre-right government will be tested on Saturday when a by-election in the blue-ribbon conservative constituency of Bennelong in Sydney could see Turnbull again lose his majority in parliament, should Labour win.

A world premier to conclude Pafos2017