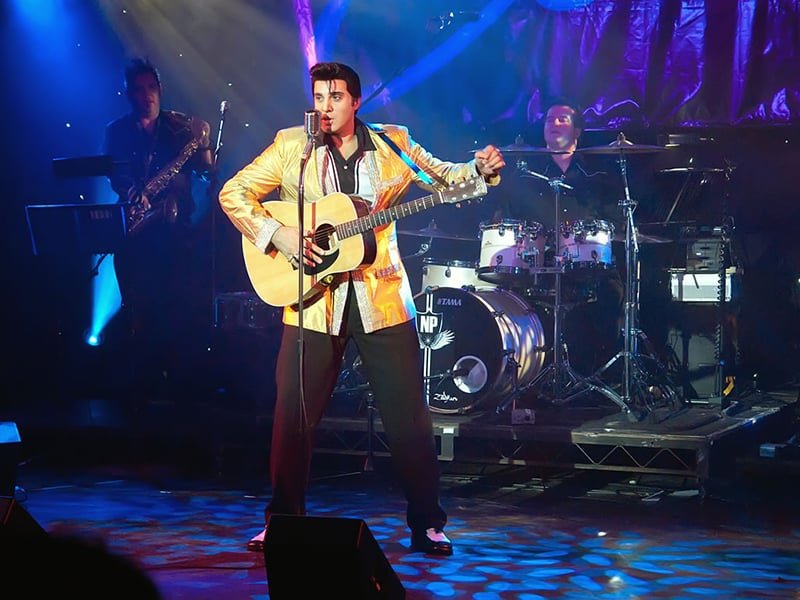 Singer and tribute act Mario Kombou is no stranger to the Paphos stage, but this time he will be swinging his hips with a very Christmassy feel.

Kombou has been putting on Elvis tribute performances for over 20 years and his dedication to honouring the King was noticed by Donna Presley, Elvis’ first cousin, who has commented and shown support for the act.

It all started for him while he was growing up and Kombou was inspired by what he heard to make entertaining and singing his career. He started out by performing other tribute acts in Greek restaurants until he saw someone else taking on the King and that was it, he was hooked. He started studying Elvis and found that the King also had a funny side, aside from the “supreme talent and enormous physical energy he displayed on stage,” Kombou has said.

If you are a fan of Christmas of Elvis, and of fun in general, then the Colosseum Restaurant will be waiting to raise that Christmas spirit to the heights for three nights this week.