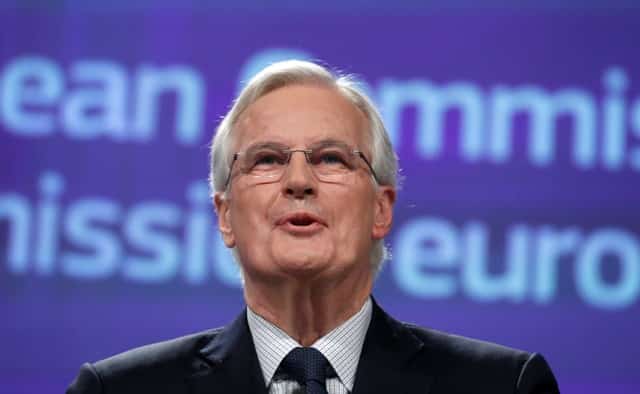 Britain cannot renege on commitments made to ensure Brexit talks with the European Union move on to discussions on the future relationship between the two, the EU’s chief Brexit negotiator told the European Parliament on Wednesday.

European Union leaders are expected this week to judge that “sufficient progress” has been made on the rights of citizens, the Brexit divorce bill and the Irish border to allow negotiations to move to the next phase.

The agreement, presented in a joint report last Friday, have since been undermined by Brexit minister David Davis’ comment that it was more “a statement of intent” than a legally binding.

“We will not accept any going back on this joint report. This progress has been agreed and will be rapidly translated into a withdrawal accord that is legally binding in all three areas and on some others that remain to be negotiated,” EU Brexit negotiator Michel Barnier told EU lawmakers.

The European Parliament was due to vote on Wednesday on a motion urging EU leaders to allow the next phase of EU negotiations to start, albeit with a line criticising Davis.

“We are not at the end of the road, neither regarding citizens’ rights nor for the other subjects of the orderly withdrawal. We remain vigilant,” he said.

Barnier said the next phase of talks would focus on a “short and defined” transition period and initial discussions on a future relationship, which he stressed would not erode the EU single market and its four freedoms, including free movement of people.

‘Nightmare’ over after Fury cleared to return to ring