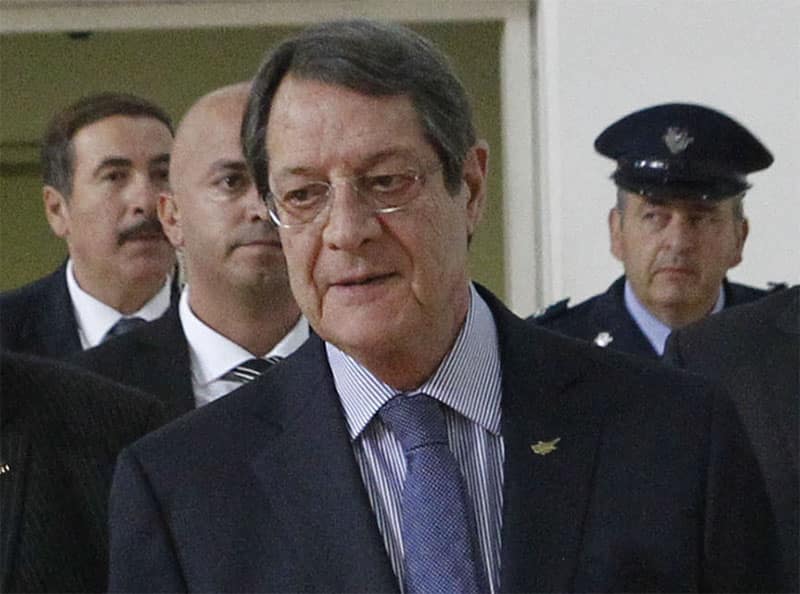 President Nicos Anastasiades expressed his satisfaction on Thursday over the approval by the House plenum of next year’s state budget.
The budget, he said, is one of ‘responsibility and growth’.
In an announcement, Anastasiades said that next year’s budget ‘rewards society with the fruits of its sacrifices’.
The basic goals of the 2018 state budget, he said, are reinforcing employment and reducing unemployment rates to a single-digit percentage for the first time since 2011, as well as reinforcing the country’s production base through a series of new tax incentives.
Anastasiades also said that another goal is to strengthen investment prospects through the new model of economic reconstruction which, ‘along with the existing strong sectors of economic activity, places emphasis on new fields such as energy and technological innovation’.
“The approved budget is a milestone because it includes projects and programmes that reinvigorate our reform and modernisation programme,” Anastasiades said.
Parliament approved on Wednesday the state budget for 2018 with 30 votes in favour and 26 against. It provides for €7.53 billion in expenditure, the largest chunk of which will go towards staff, budgeted at €2.62bn. It also provides €1.9bn for transfers, including social benefits, and €825 million for operating expenses, as well as €496m for debt servicing expenses.
It outlines €7.72bn in revenue, the main sources of which will be income taxes, estimated to amount to €3.1bn and direct taxes at €2.2bn.

Crocodile park on the cards for Achna