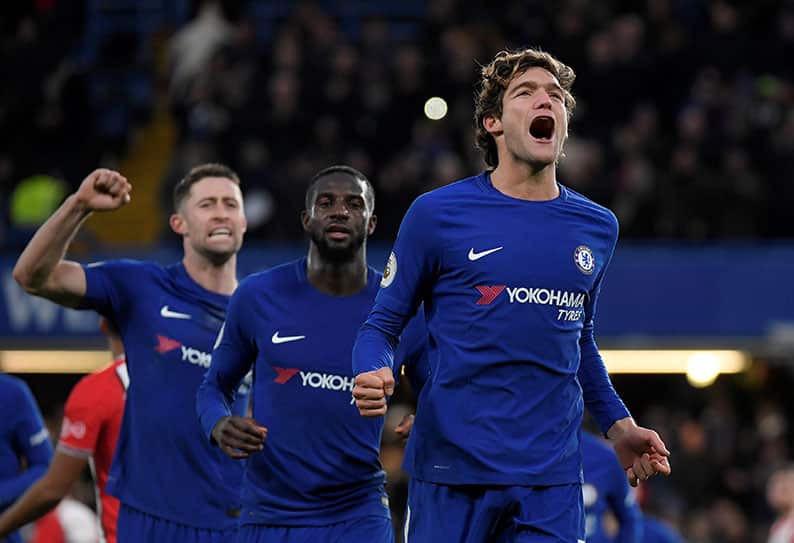 Chelsea consolidated third place in the Premier League with a 1-0 win over Southampton at Stamford Bridge on Saturday, thanks to a Marcos Alonso goal.

Alonso scored the only goal of the game by curling a long-range free kick past goalkeeper Fraser Forster and into the bottom corner in the third minute of first-half injury time.

Chelsea dominated the match for long periods and would have won by a greater margin had Forster not made a string of impressive saves.

Southampton improved after sending on Charlie Austin for Manolo Gabbiadini in the second half but they were unable to snatch an equaliser.

The result extended a poor run of form for Mauricio Pellegrino’s side, who have now gone five matches without a win in the Premier League and have dropped to 12th in the standings.

Chelsea have moved on to 38 points, level with second-placed Manchester United, who visit West Bromwich Albion on Sunday.

Folk music as inspiration for voice and piano