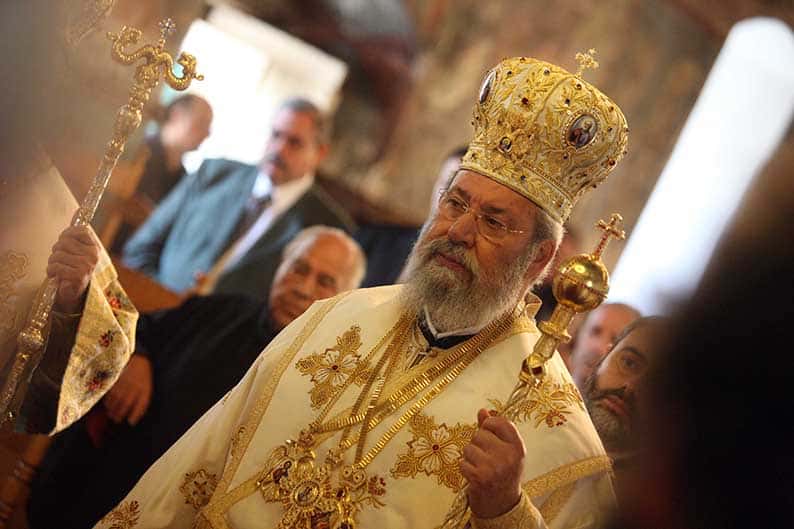 APART from fanatical rejectionists and enosis dreamers, there is a section of the population that despite accepting a federal settlement, voices reservations about a bizonal, bicommunal federation (BBF). Prestige is given to this group by Archbishop Chrysostomos, who engaging exclusively in temporal pursuits, specialises in the construction of hotels and revolts against BBF.

BBF supporters are the ‘champions’ – or so they are accused – of ‘any solution’. They envisage a settlement that would comprise two constituent states but have one sovereignty, one international personality, single citizenship and would safeguard the four basic freedoms – freedom of movement of people, of goods, services and capital – and the right to buy property.

It is said that the existence of three governments (two for the constituent states and one for the federal state), would inevitably lead to impasse. My good friend Andreas Theophanous uses the term ‘three-headed state’ extensively in his articles, suggesting there would be three authorities in the BBF competing with each other. By the same logic, Switzerland should be considered 27-headed as it consists of 26 cantons plus the federal state and the US 51-headed (50 states plus a federal government)!

This is why it should be explained to citizens that in federal systems, the powers of the constituent states and the federal government are clearly defined and for this reason there are no disputes or deadlocks. In our federation, for example, foreign policy will be the responsibility of federal government whereas family law (marriage, divorce, etc) will be the remit of each constituent state.

More serious is the concern that with a settlement, Turkey, through the Turkish Cypriots, would be able to control the federal government’s decisions. It is up to us to neutralise the Turkish Cypriots’ tendency to follow Turkey’s diktats. This would require some time but should mainly be an effort on our part to change the way we approach the Turkish Cypriots who are our compatriots. The ideal of the French revolution, ‘liberty, equality, fraternity’, must prevail here as well.

Yes, the Turkish Cypriots are our brothers, not in the sense that we are blood relatives (even if scientists have established there is such a link) but because we share the same country. Therefore, if we embrace them and they feel that political equality is not just an ideal but was practised, they would be more likely to identify with us. We would then have common interests; we would not undermine the federal republic from within.

On the other hand, if we consider Turkish Cypriots the enemy, if we consider their economy as competing with ours, if brainless fanatics – of whom there are plenty – carry Greek flags to football grounds and banners with slogans claiming ‘Cyprus is Greek’ then it would be better not to sign any settlement. Any deal under these circumstances would be ipso facto doomed to failure and be the prelude for another misfortune for the Greek Cypriots.

The issue of rotating presidency requires clarification. The majority of Greek Cypriots reject it as biased because it violates the principle of majority rule. They ignore, however, that under the constitution of the Cyprus Republic, Turkish Cypriots are recognised as a politically equal and discrete community and therefore do not come under the authority of the majority. If we consider this principle unfair, we should never have accepted the constitution in 1960.

This would be a unifying element as it would contribute to common efforts by Greek Cypriot and Turkish Cypriot parties to get their candidate elected. It would create conditions for meaningful cooperation, or perhaps even the merger of parties from both communities which share a common worldview.

Guarantees and intervention rights should make us realise why politics is defined as the ‘art of the possible’. The Turkish Cypriots – rightly or wrongly is not for discussion – are not prepared to agree to their immediate termination. Our insistence on their immediate abolition means maintaining the status quo, with guarantees and intervention rights remaining in force and the indefinite presence of the Turkish troops.

Therefore, to be pragmatic, we must negotiate for them to be abolished within a certain number of years, with the so-called sunset clause in the settlement agreement. All those ranting and raving about ‘zero guarantees and zero troops’ from day one, ignore the ancient Greek advice – ‘do not exaggerate anything’.

The tricky psychology of driving

Adding insult to injury in Palestine