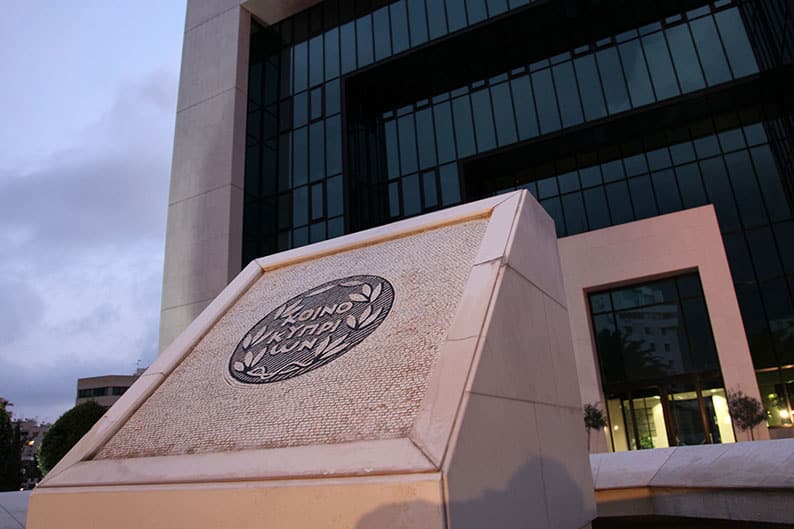 A fine on the Bank of Cyprus would have an impact on its London Stock Exchange listing, a court heard on Wednesday, as lawyers pleaded for leniency after the lender and its former CEO were found guilty for market manipulation.

Sentencing has been scheduled for January 5.

Bank of Cyprus (BoC) and Andreas Eliades had been found guilty of market manipulation through misleading statements to investors about the lender’s capital shortfall in June 2012.

BoC defence lawyer Polys Polyviou argued that the bank had no other criminal conviction and its criminal culpability was by attribution.

The offence for which the bank was found guilty was committed by Eliades, Polyviou said.

He added that the lender had been acquitted of other, more serious, charges after a lengthy procedure and that the offence in question had been committed a long time ago.

Eliades and the bank as a legal entity were found guilty of providing the misleading information to investors during the bank’s annual general meeting of shareholders on June 19, 2012.

The misleading statements related to the bank’s capital shortfall at the time.

At the AGM in question, it was claimed the bank was close to full recapitalisation and that the capital shortfall was at €200 million.

But in a letter to then-central bank chief Panicos Demetriades, dated June 20, 2012 – one day after its AGM – the bank raised its capital needs to approximately €400m.

Polyviou said there was no conspiracy to make gains or mislead the public. It was just an unfortunate statement by Eliades and the offence was personal and not collective, the lawyer argued.

He reminded the court of the deposit seizures in 2013 and the €9bn in emergency liquidity that BoC had to take over from Laiki, which was shuttered.

It is now a new bank, he said, the island’s only big bank, and any blow would be a blow to the country’s economy. A fine would burden the stricken depositors and new shareholders and not the board or anyone else who were involved in the commission of the offence at the time.

Polyviou said the bank was making huge efforts to survive, including getting listed on the LSE. Any penalty would have a huge impact on these efforts, he said.

Eliades’ lawyer, Efstathios Efstathiou, said his client merely gave an unfortunate answer to a question put to him at the AGM. Instead of saying €150m to €350m he said €200m, the data he had before him at the time, the lawyer argued.

He said the defendant gained nothing from the issue and went on to describe how he climbed the hierarchy to attain the highest post, coming from a poor family.

Efstathiou also talked about his client’s service in the army between 1973 and 1975, which included the Turkish invasion. Eliades had served in a commando unit that lost 75 men out of 225, Efstathiou said, adding that he brought it up to show that his client had defended his country when it was necessary.