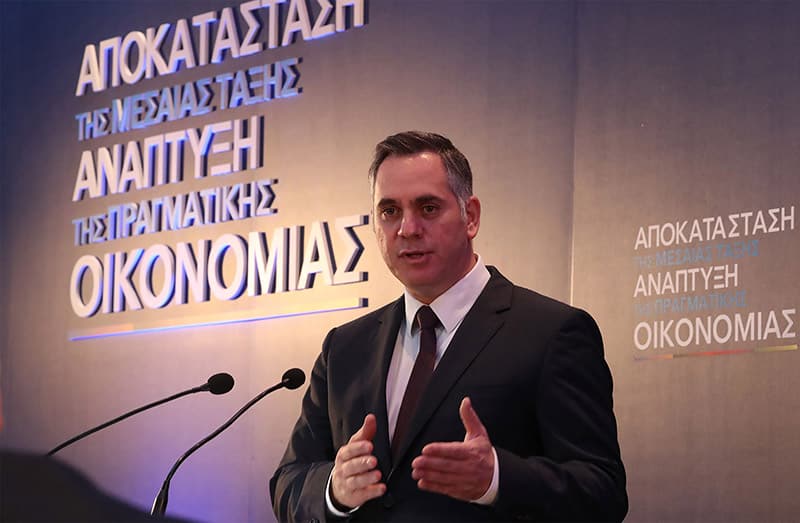 Presidential hopeful Nicolas Papadopoulos’ bid to score points against incumbent Nicos Anastasiades by raising the issue of the 2013 deposit seizures appeared to have backfired on Tuesday as documents and public statements failed to back his claims.

The matter started creeping into the agenda last Friday with claims of the discovery of a ‘secret’ Eurogroup teleconference on March 18, 2013 during which Cyprus was told to refrain from seizing secure deposits, those under €100,000.

The initial Eurogroup decision spoke of an across the board levy of 6.9 per cent on deposits under €100,000 and 9.9 per cent for those over.

The implication, according to the Papadopoulos campaign, was that the government was told by its European partners not to touch secure deposits but it still presented a bill to parliament doing so.

It quickly transpired there was no hidden Eurogroup teleconference – it was reported both by Reuters and the Cyprus News Agency the same day.

According to the text of a statement issued afterwards, The Eurogroup said it continued to be of the view that small depositors should be treated differently from large depositors and reaffirmed the importance of fully guaranteeing deposits below €100,000.

“The Cypriot authorities will introduce more progressivity in the one-off levy compared to what was agreed on 16 March, provided that it continues yielding the targeted reduction of the financing envelope and, hence, not impact the overall amount of financial assistance up to €10bn.”

Still, the Papadopoulos camp, including parties that support him, insisted they had not been informed by the government about it, as reports of a secret conference disappeared.

Minutes of a March 19 meeting of the House finance committee, which Papadopoulos chaired at the time, showed that former central bank governor Panicos Demetriades had told MPs that the European Central Bank expressed the view that deposits under €100,000 should be protected because trust in the banking system was based on this protection.

On Tuesday, Demetriades told Politis radio that there would not have been any problem if the special levy had been approved and enforced immediately.

But after seeing the reactions in the markets, European officials had second thoughts, Demetriades said.

“When I went to the House I clearly told them it is wrong to tax (secure) deposits,” he said. “How are we going to rebuild trust in the banking system if we tax secure deposits.”

Demetriades said he wasn’t aware of a Eurogroup teleconference – something he found out later – but he had had one himself with ECB President Mario Draghi and the European Commissioner for Economic and Monetary Affairs and the Euro Olli Rehn.

“I remember going to parliament knowing what I had discussed with Mr Draghi and Olli Rehn,” he said, adding that he would have been more persistent if he also knew about the Eurogroup decision.

Demetriades said MPs didn’t pay much attention to what he was telling them.

“They ignored me, more or less. They heard what I told them and went ahead to reject it. They didn’t understand the reality. They thought they wanted to punish us. It wasn’t like that.”

The bill had been amended to exempt the first €20,000. Legislators had also rejected a proposal to seize 15.6 per cent of deposits over €100,000. According to Demetriades, this would have saved Laiki, which was later shuttered as part of the terms of the island’s bailout. Bank of Cyprus also seized 47.5 per cent of unsecured deposits to recapitalise.

On Tuesday, Papadopoulos said the minutes only confirmed Anastasiades insistence on seizing secure deposits, despite the Eurogroup decision the previous day.

A spokesperson for the campaign wondered why Anastasiades insisted on seizing deposits under €100,000. “Whom did he want to serve?”

Ruling Disy responded by citing footage of a television interview in September 2013 where Papadopoulos said “If I could go back and vote again I would vote yes.”

“Which Nicolas Papadopoulos should be listened to?” Disy spokesman Prodromos Prodromou asked.

“The one who on March 19 rejected President Anastasiades’ proposal of a special levy, leading us to the haircut? The one who admitted six months later that he wouldn’t reject the proposal if he got a second chance? Or the one who is trying today to tell us that supposedly there was another, secret, Eurogroup decision.”