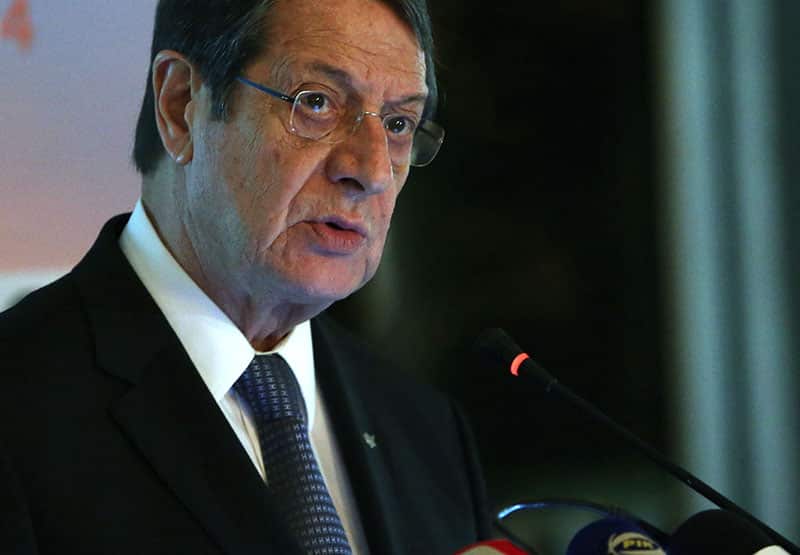 The Audit Office said on Wednesday it uncovered no evidence that President Nicos Anastasiades unduly influenced or stood to gain financially from a planned development in the village of Pera Pedi in Limassol.

Weighing its words carefully, the Audit Office said: “No audit evidence has been presented before us, nor have we found any audit evidence indicating that the President of the Republic had, or has, in any way any involvement, be it by interest or by abuse of power, in the promotion of the development in question.”

Immediately after the report’s release, deputy government spokesman Victoras Papadopoulos crowed that “yet another attempt by the known mudslingers and fake news producers has collapsed like a house of cards”.

In late October it emerged that land belonging to Anastasiades and his family was included in the large tract of forest acquired by Parnitha Development Ltd, a company first set up in 1979 but now belonging to one Leonid Buryy, who has been granted Cypriot citizenship.

The president owned approximately one-twelfth of a 83,279 square metre parcel in Pera Pedi which the developers bought. The company’s acquisition of the land involved purchasing some of the real estate from the president’s brother and sister.

In the wake of the political controversy after the reveal, Anastasiades denied any wrongdoing and requested that the auditor-general investigate the case.

In its report, the Audit Office confirms that the share of parcel 57 that is registered under Anastasiades’ name is not included in the planned development project.

The development will be built on an expanse totalling almost 200,000 square metres, of which construction will cover more than 24,000 square metres, including a hotel, a spa, five villas, a church, and a stable to host up to eight horses.

The development would require some 3,000 trees to be felled. The developers say they intend to plant 1,800 new trees to compensate.

The Audit Office also found no evidence of suspicious dealings between Anastasiades’ relatives and the developers.

The price (per square metre) at which the plots were sold by the president’s relatives to the company were in line with – and in some cases lower than – the prices of adjacent parcels, some of which formed part of the planned development and others did not.

Moreover the auditor-general found that the share of the parcel owned by the president is not eligible for development because it lacks any road access, per regulations. This could change in the future, the report added.

However, the report does point out an irregularity, in that the planning application for the development filed to the Limassol district town planning office on January 17, 2017 is not signed – as it ought to be – by all the registered owners of the land slated for the development.

Specifically, the signature missing from the application is that of Anastasiades. His signature is required as well, because formally he is still part-owner of parcel 57, pending approval of a separate application for separation of the parcel’s plots.

“It is therefore our position that the [planning] application should not have been advanced without Mr Anastasiades’ signature,” the Audit Office states.

The report also raises questions about the granting of Cypriot citizenship to the Russian national  Buryy and his spouse via the investment-for-citizenship scheme.

The citizenships were approved by a cabinet decision on December 14, 2015.

Citizenship is granted to foreign nationals who buy a residence in Cyprus worth at least €500,000 and who “demonstrably participate in a special collective investment scheme, provided that the total value of the investment is at least €12.5 million.”

The ‘collective investment scheme’ was the criterion by which Buryy and his spouse received Cypriot citizenship.

But according to the Audit Office, the investments for which the naturalisations were approved appear to be unrelated, and therefore cannot be considered a collective investment scheme, and thus should have made the applicants ineligible for Cypriot citizenship.