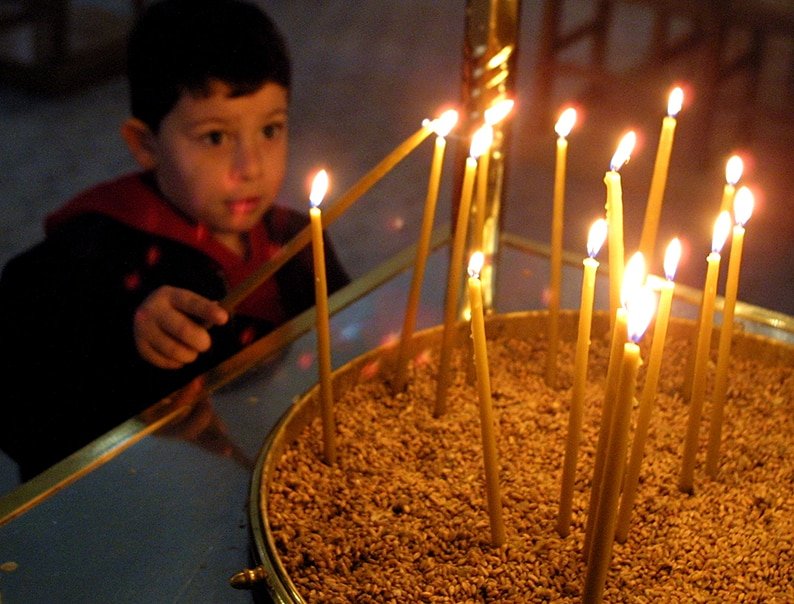 Priests in rural churches are part paid by the government

The Cyprus Humanist Association said on Wednesday they had filed a complaint with the education ministry over a Nicosia primary school that invited a priest to hear pupils’ confessions. According to a spokesman of the group, the event took place earlier in the month when the priest heard the confessions of pupils during teaching hours for three days.

The school reportedly sent a letter to parents informing them but did not give them the opportunity to write their consent.

“It was an oral understanding between the parents and their children which the school was in no position to confirm,” a spokesman of the group told the Cyprus Mail.

He said that the Humanist Cyprus Group promotes the full separation of church and state. It is not against religion, but argues religious activities should not be promoted at schools.

The association sent the education ministry a letter last week after receiving a complaint from a parent whose child goes to the school and said it had also happened last year but the school had not informed the parents then. As a result, the child took part in the confession without its parents knowing.

That taking part in confession was voluntary, the group said, is no excuse as it reveals the convictions of each child and creates fertile ground for discrimination as it classifies children as religious and non-religious and poses the risk of stigmatisation.

The group cites a previous decision of the ombudswoman that the voluntary participation of students in such activities “that are an expression of their religious beliefs, creates a fertile ground for discrimination … and may lead to disorder within the school environment”.

Some parents, the humanists argue, may not agree with their children participating but end up giving their consent out of fear their children might be stigmatised if they don’t.

“The position of the Humanist Group is that religion has undoubtedly a place in the lives of many people who, of course, can freely exercise their religious duties in their private lives. However, modern and democratic schools ought to promote rationalism and critical thinking, not religious dogmatism and catechism,” the letter to the education ministry said.

Actions such as taking pupils to church, participation in religious mysteries and confessions within schools, the group said, suggest a religious state that adopts a specific doctrinal direction and consequently does not treat equally citizens of different religions.

The group, citing the constitution and international human rights conventions on the freedom of thought and religion, urged the education ministry to adhere to the strict recommendations of the ombudswoman.

Paphos Bishop Georgios told Sigma TV that such issues should not be even discussed in a country whose population majority are Christians.

“Christian Orthodox people should not have to defend themselves but claim their rights,” the bishop said.

He also said that “such people, if they used to be Christian orthodox, suffer from the ‘janissary syndrome’”. This, he said, is when someone who changes their faith, expresses negative feelings against their former religion to prove they fit in with their new religious or ideological group.

The bishop was referring to the Janissaries, the elite infantry of the Ottoman Empire, which was manned by soldiers who were snatched as boys from Christian families and were forced to convert to Islam.

He added that it is a fashion to question everything but that this is also a plan for education to be stripped of its values and the country to lose one of its support pillars. “If our homeland loses the support of religion, then, it will be lost,” the bishop said.

The education ministry was not immediately available to comment.

Our View: Diko in no position to hark back to 2013 crisis