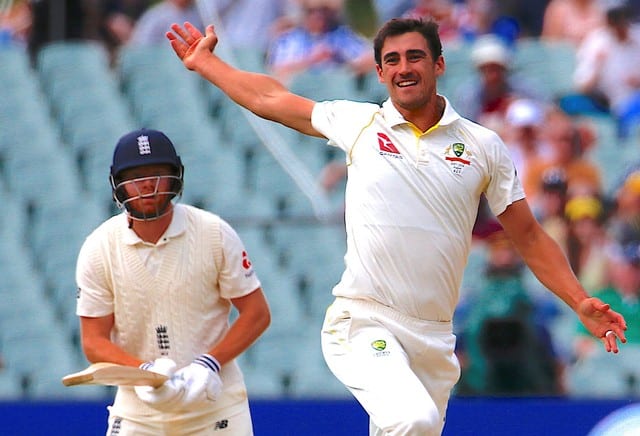 Australia have reclaimed the urn with an unassailable 3-0 lead in the five-Test series, their fiery pace battery of Mitchell Starc, Josh Hazlewood and Pat Cummins singeing England’s frontline batsmen in Brisbane, Adelaide and Perth.

The pace trio have not spared the tailenders.

England’s number 10 batsman Jake Ball was subjected to a bouncer barrage in the Brisbane opener and number 11 James Anderson suffered a sickening blow to the side of his helmet in the third test at Perth.

Atherton conceded Australia were clearly the better team and that any side with such ammunition would have attacked the tailenders for practical and psychological reasons.

“That said, I did wonder aloud at the time why the umpires were so reluctant to act to protect Ball,” Atherton wrote in the Times newspaper.

The law states that short pitched bowling is dangerous if the umpire considers it likely to inflict physical injury when measured against a batsman’s skill.

“Test cricket or not, the Law and the playing conditions are there to protect batsmen incapable of protecting themselves,” Atherton added.

“Cricket is an odd game in that it has three distinct disciplines and, within that, you have the unusual situation where someone who is totally useless in one area can face a world-class performer in another — with potentially harmful consequences.

“Batsmen who cannot bowl are not required to bowl to great players, but the opposite is obviously the case — precisely why the Law is framed as it is, as built-in protection for the incompetent.

“No one wants to see the game sanitised, but the Law is there for a reason. The umpires should make use of it,” added Atherton, who played 115 tests between 1989-2001.

“No doubt, if they had the kind of pace that our bowlers can generate, they’d probably do the same thing,” Smith said at Melbourne Park where he had a hit with tennis’ former world number three Milos Raonic.

Smith returned a few of Canadian Raonic’s serves but struggled with one aimed at his body.

“Now I know how Jimmy Anderson feels,” joked Smith, the leading scorer of the ongoing series which resumes in Melbourne on Tuesday.

Apple slows some older iPhones because of flagging batteries