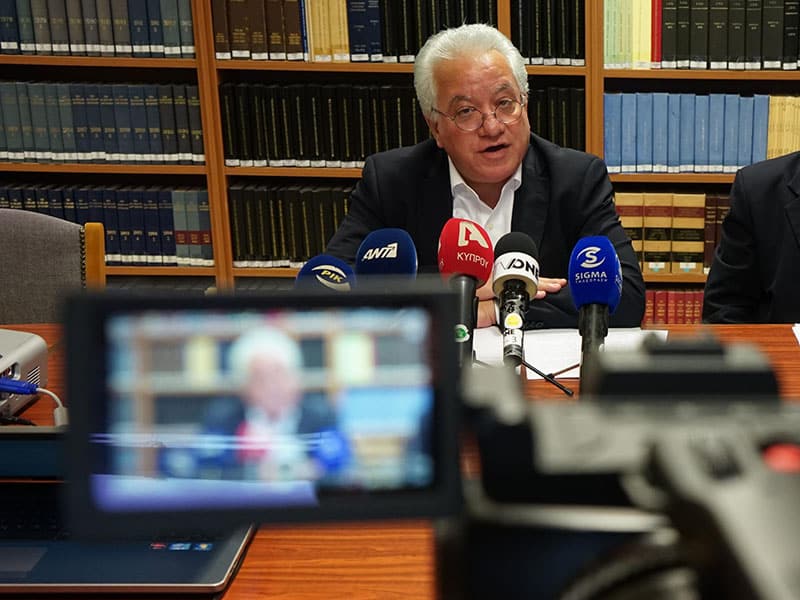 Cypriots drivers are bad, stubborn and dangerous, according to a survey carried out on behalf of the justice ministry in a bid to draft a new communications strategy on traffic safety.

Justice Minister Ionas Nicolaou said on Friday the aim was to change the way messages about driv-ing are made to the public so they also reach younger drivers.

Focusing on younger ages was driven by the fact that out of the 50 road deaths this year, 14 con-cerned youths.

“Unfortunately, the number of young drivers whose dreams end on the tarmac remains high, as in the past seven years around 30 per cent of deaths in road accidents are youths who have only been driving six or seven years,” Nicolaou said.

The survey canvassed new drivers, future drivers, but also men and women who are drivers, and parents of children and adolescents.

Its findings more or less confirmed what is common knowledge, that Cypriot drivers are bad, careless, always in hurry, stubborn and dangerous.

They flout traffic rules, they are rude and selfish on the roads. People aged between 15 and 25 also said they lacked respect towards pedestrians, cyclists and motorcyclists.

Many motorists also combine driving with other activities like phoning, messaging, eating and drinking, smoking, and some women go as far as doing their make-up and hair.

The poll found that youngsters aged between 15 and 17 highlighted the poor public transport. They also said they knew and frequently get into cars driven by people near their own age who had a habit of drink driving.

These teenagers associated getting a drivering licence with freedom and independence and there were also those in rural areas who drive without one.

Most traffic violations were committed by new drivers, aged 18 and 19. These ages have proven to be one of the high-risk groups because they are usually overconfident about their abilities, have no experience, disregard dangers on the road and drive drunk, without using a seatbelt or crash helmet, talk on the phone, run traffic lights and speed.

People in the 19 to 25 age group are more aware of the dangers of driving under the influence and try to protect themselves and their friends. They do however, use their phones while driving, run traffic lights, speed and smoke.

Older drivers who are also parents, between 35 and 50, recognise the dangers and take all safety measures when they have kids on board.

They are less prone to violating traffic rules and avoid serious offences such as drink driving and not wearing a seatbelt.

But they also run lights, use their phones and smoke while driving.

“Presentation of the conclusions of the study aims to make every driver, especially youths, reflect how easy it is, without thinking, if they should drive, to lose” everything in just a moment, the minister said.

The Mall of Cyprus & Coca-Cola Welcome Santa Claus from Lapland