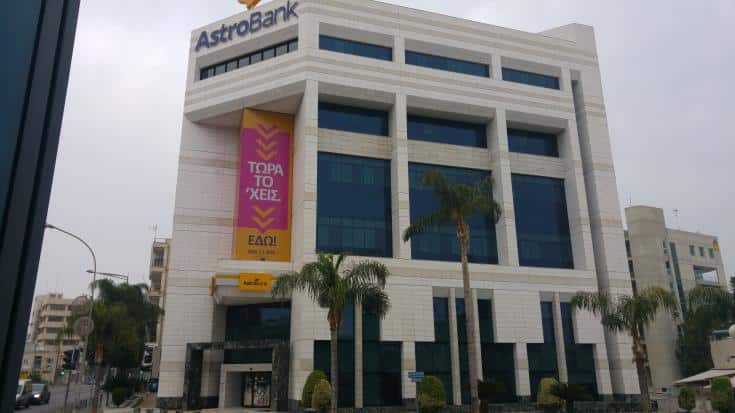 Astrobank is very close to take over USB Bank, in a move that would contribute to the consolidation of the Cyprus’ fragmented banking system, sources told the Cyprus News Agency (CNA). The take-over will be concluded whilst it receives the green light by the Central Bank of Cyprus.

Speaking to CNA George Appios, Astrobank’s executive director, refrained from confirming or denying the information, noting that among the bank’s top priorities is to grow its balance sheet, including through acquisitions.

“Growth is a top priority in our strategy, and that could be achieved organically, through acquiring loan packages or even through acquisition of another bank,” Appios told CNA.

Therefore, he said, “growth through acquisitions, is among the bank’s strategy because I believe there is a need for consolidation in our banking system in general.”

The take-over of USB Bank will create a bigger banking institution achieving economies of scale, in a period marked by low profitability and an increased regulatory and compliance burden which especially affects small banks.

The two banks have 13 branches in Cyprus each.

According to the 2016 annual report, Astrobank’s total assets amounted to €1.2 billion, with loans amounting to €556 million. The bank’s customer deposits stood at €1.07 billion.

According to its 2016 annual report USB Bank had total assets amounting to €687 million while loans amounted to €325 million. Customer deposits stood at €603 million.

What’s all the fuss about a Christmas tree?