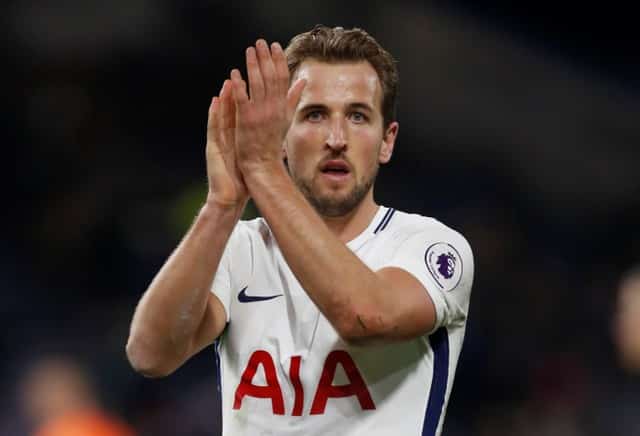 Harry Kane hit a hat-trick for Tottenham as they enjoyed their first away win in the Premier League in nearly three months with a 3-0 win over Burnley at Turf Moor.

The triple, Kane’s seventh of his prolific 2017, took his Premier League tally for the calendar year to 36, equalling Alan Shearer’s record from 1995.

Spurs’ win, their first on the road since their 4-0 victory at Huddersfield at the end of September, moved the London club up to fifth in the league, a point behind fourth-placed Liverpool.

Kane, who oozed confidence and class throughout, put Spurs ahead from the penalty spot in the seventh minute after a controversial penalty award when Dele Alli went down under a challenge from Burnley defender Kevin Long.

Alli had already enraged the home support four minutes earlier when he lunged late into a challenge on Burnley fullback Charlie Taylor and received a yellow card.

Sissoko was clear through on goal but Burnley keeper Nick Pope produced a fine double save to keep the advantage to a single goal at the break.

Son should have doubled the lead in the 56th minute but blasted over the bar after Serge Aurier had put him through with only Pope to beat.

Injuries and suspensions may have caught up with Burnley, who have enjoyed an impressive season so far and are still in seventh place, and Sean Dyche’s side certainly missed suspended central defender James Tarkowski.

It was left to Kane to finally confirm the difference in class between the two sides, making it 2-0 in the 69th minute with a trademark finish after being put through by Sissoko.

The England forward wrapped up the win with another confident finish for his hat-trick goal after neat work from Ben Davies and Alli.

Alli was jeered as he was substituted but, by then, the early controversy seemed irrelevant.

Burnley substitute Sam Vokes had a late header disallowed for a foul on Spurs keeper Hugo Lloris but the game was already well beyond the home side who now face a trip to Manchester United on Boxing Day.

LEICESTER CITY 2 MANCHESTER UNITED 2
Manchester United fell further behind Manchester City at the top of the Premier League when defender Harry Maguire scored in the final minute of added time to earn Leicester City a 2-2 draw on Saturday.

They were left 13 points behind their irrepressible neighbours at the halfway stage of the campaign.

Juan Mata equalised before halftime after Jesse Lingard touched Anthony Martial’s cross to him, then scored with a direct free kick.

Leicester looked doomed when they had substitute Daniel Amartey sent off only 17 minutes after he came on, for two yellow cards in quick succession.

But in the fourth minute of added time England defender Maguire slid in Marc Albrighton’s cross.

United manager Jose Mourinho was left cursing “childish” errors at both ends of the pitch.

“Half an hour after our second it is a game to finish four, five, six-one.

“We were punished by our mistakes. Childish loss of possession, so easy. Childish in their box and childish in our box.”

The worst of the wasted chances he referred to were set up in the second half by Romelu Lukaku but frittered away by his team mates.

The Belgian put through first Martial, who fired wildly over the bar, and then Lingard, also clean through, who could only hit a post.

That led to an anxious last few minutes even against 10 men.

Defender Chris Smalling was injured and in no position to clear when Maguire got on the end of Albrighton’s cross to the far post.

For the first goal Phil Jones had been lured out of position and could not catch Vardy as the England striker raced onto Mahrez’s pass.

For Leicester it was nevertheless a spirited recovery to continue their good form under new manager Claude Puel.

“The manager has come in and results have picked up,” said Maguire.

“Last-minute goal to equalise, that is massive for us.

“It feels like a victory but it is only a point against a good side.”

Dominant Man City make it 17 in a row