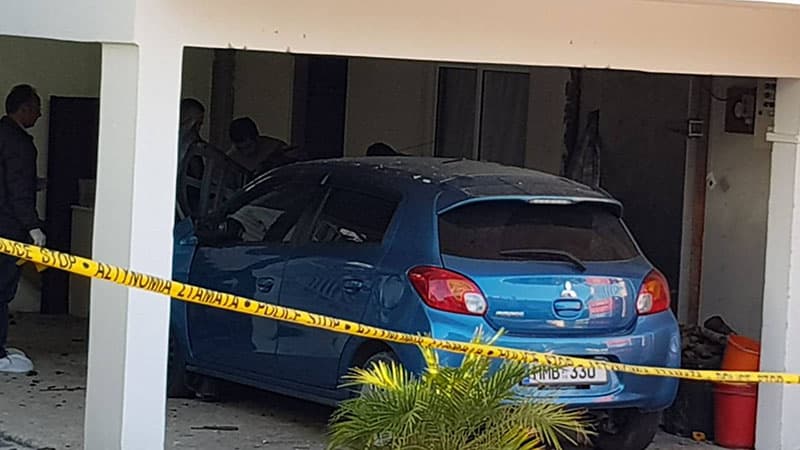 The mayor of Pafos Phaedonas Phaedonos slammed as cowardly the placement of an explosive device in his mother’s car on Christmas Day (4.00am) and called on the state to act swiftly and effectively to stop and arrest the criminals.

“This act is certainly cowardly,” said the Mayor of Pafos, while expressing the hope that “the coordinated state, will act swiftly and effectively”, not just to solve this crime – as he said – “but also to send a clear message, that such actions can neither silence nor threaten the people nor the state ”

He added that this criminal act was masterminded by one but perpetrated by others and that the police should identify this chain of command and bring it to justice.

Mr Phedonos indentified six types of criminal rings that are rampant in the Pafos district and he firmly believes that one of them is behind the car bomb.

Drugs trafficking, he said, is run by one person who he is well known to the police while the antiquities trade is also blossoming despite the fact that authorities have been receiving tip-offs regularly.

According to Mr. Phedonos, electronic gambling within the the Paphos municipal boundaries, continues unhindered, with a turnover of hundreds of thousands of euros per month.

He also referred to the corruption that exists in football which according to the mayor is run by three (known to all) people.

Mr Phedonos also claimed that authorities have information that a businessman, interfered over a period of time in the Department of Urban Planning and the Income Tax Department to benefit financially.

‘These crime syndicates have to be crushed and eradicated from our society so that every citizen and anyone who serves any institution cannot be threatened or silenced by such actions.’

On a more personal note he said that the only things these criminals have accomplished is to make him even more determined to send them to jail.