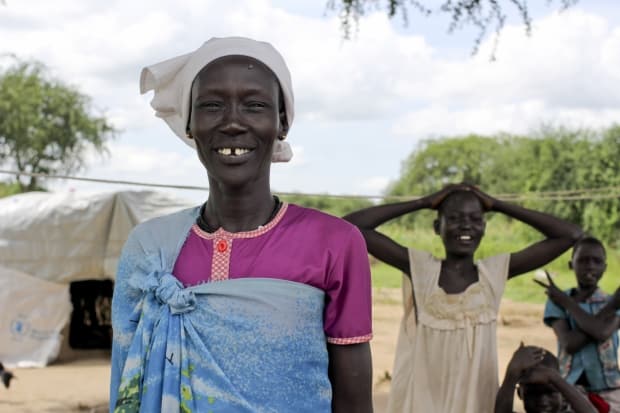 From Kung Fu nuns teaching Indian women self-defence to freewheeling female students in Pakistan, here are five good news stories you might have missed in 2017 amid headlines of bloodshed, natural disasters and sexual harassment allegations.

KUNG FU NUNS STRIKE BACK AT SEX ATTACKS IN INDIA
If you think all that nuns do is sit and pray, think again.

The Kung Fu nuns – women from an age-old Buddhist sect based mainly in Nepal and India – use martial arts to teach women how to fend off sex attackers.

“The heroes of the Himalayas” also hike and cycle through the mountains to raise awareness among local communities on issues ranging from pollution to human trafficking.

A “HAVEN OF PEACE” IN WAR-TORN SOUTH SUDAN
Protected by marshes and inaccessible by foot, an ethnically mixed town in war-torn South Sudan has been dubbed a “haven of peace” by its 40,000 residents.

While fighting in the rest of the country has created Africa’s largest refugee crisis, Ganyiel’s residents have been living together in relative peace, rowing through the surrounding swamps in their tree-carved boats.

“Just two months ago, 2,700 Dinka arrived here, fleeing food insecurity and conflict. They are welcome. The war is political. It’s not between us people.”

BICYCLES HELP TO CHALLENGE TRADITIONS IN PAKISTAN
A bike-sharing start-up on a Pakistani university campus has brought more than convenience for the students: the sight of freewheeling women has been helping to challenge gender stereotypes in the conservative society.

Female students, reluctant to share cars with their male colleagues, now make up more than half of the cycling scheme’s customers, pedalling across the nearly 1,000 acres of campus to attend classes.

UNLIKELY FRIENDSHIPS AS ITALIANS EMBRACE REFUGEES
A new drive in Italy to match child migrants and refugees with residents who volunteer to support them has resulted in unexpected friendships.

A 16-year-old Bangladeshi boy or a 17-year old from Gambia may share no common language with guardians who could be their grandparents, yet the project has helped the young refugees find someone who cares for them in a place they now call home.

COLOMBIA’S NEIGHBOURHOOD WHERE WOMEN CALL ALL THE SHOTS
With no money and no husbands to support them, a group of women displaced by Colombia’s civil war has turned dreams into reality by building their own homes.

Despite death threats, arson and even a murder, they learned how to make bricks and mix cement, and the City of Women that they built is run entirely by women who are now fighting for other rights like bus routes or a school for their children.

“We fought tooth and nail to build our homes. Men can’t come here and say this is mine. It’s ours.”

One dead after 4.2 magnitude quake near Iran capital Tehran