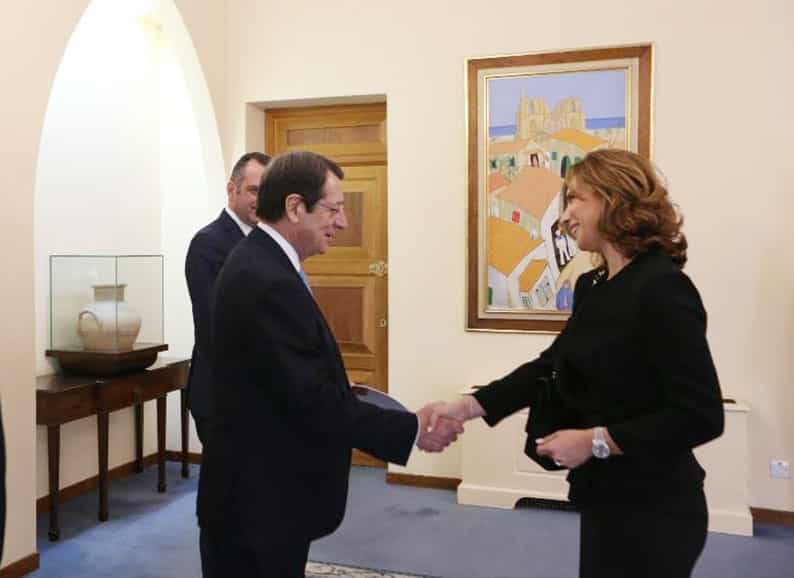 Lebanon and Cyprus aim to deepen cooperation, according to the new ambassador of Lebanon to Cyprus, Claude El Hajal, who said Nicosia would give assistance to Beirut in the field of exploration and exploitation of hydrocarbons as ties develop further.

In an interview with the Cyprus News Agency, the ambassador said that Lebanese were investing in real estate in Cyprus, in the hotel industry, and in the banking sector. She also said that the trilateral cooperation between Lebanon, Cyprus and Greece aimed at contributing to regional peace.

Lebanon was grateful for the unconditional support of Cyprus for its sovereignty and territorial integrity, El Hajal said and thanked the Cyprus for its support and efforts in overcoming the recent crisis in Lebanon.

She said the government had resumed its work and was preparing for the parliamentary elections in May 2018, following a policy of distancing itself from all regional conflicts and maintaining internal harmony.

Asked about the latest developments in the Middle East, El Hajal described the statement by the US President to recognise Jerusalem as the capital of the state of Israel, as a devastating blow to peace efforts.

Referring to bilateral relations, the ambassador said: “Lebanon and Cyprus are neighbouring countries with a shared history which dates back to Phoenician times, and we continue to work together to enhance the relations on all levels,” El Hajal said.

She mentioned the recent visit by Lebanese Minister of Defence Yaacoub Sarraf to Cyprus when a Memorandum of Understanding was signed on cooperation in the field of forest fire fighting.

“Cyprus also promised to help Lebanon build a search- and-rescue centre to respond to emergency off its coastline. Our aim is to continue to strengthen and deepen our cooperation,” she added.

Cyprus was also committed to giving assistance in the field of exploration and exploitation of hydrocarbons in the Eastern Mediterranean and also hosts the Unifil Maritime Task Force which has been patrolling the region and helping the Lebanese navy to monitor its territorial waters.

El Hajal said Cyprus was already helping the Lebanese Army and that over the period 2015-2017 had provided ammunition worth over €20 million, the last tranche of which was delivered in October.

Trilateral meetings between Lebanon, Cyprus and Greece, she said were fruitful and aimed to promote common interests, while contributing to regional peace. The next one will be held in the coming months.

Asked about President Nicos Anastasiades’ willingness to undertake initiatives for promoting stability in Lebanon, the ambassador said that Cyprus was committed to assisting and was supporting Lebanon within the EU.