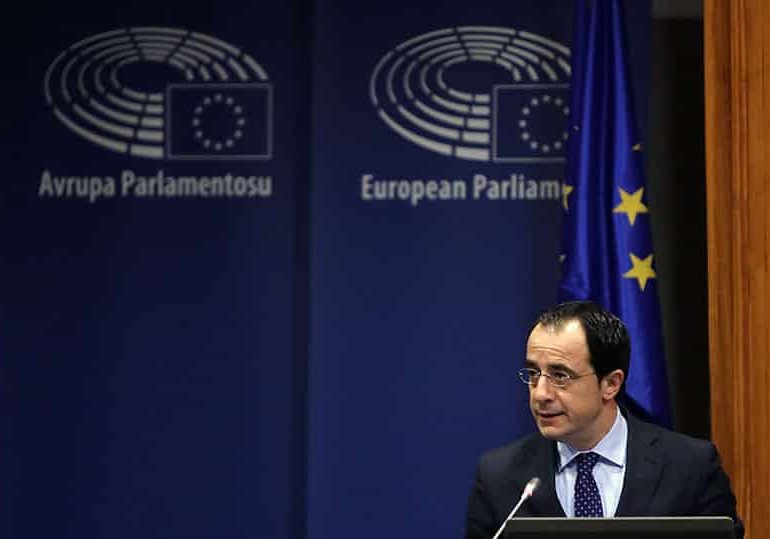 The government’s plans to regulate media operations is a cause for concern as we head into 2018, says Elias Hazou

It was quite amusing – and yet disquieting – to see some of the talking heads make a hash of it during the ‘fake news’ jamboree held recently in Nicosia.

The November 27 workshop on fake news was organised among others by the European Parliament Information Office in Cyprus, the Cyprus News Agency and the Union of Cyprus Journalists.

There, government spokesman Nicos Christodoulides proceeded to wow his audience with the reveal that, after searching the internet, he traced the first modern instance of fake news back to 1938.

He was referring to the radio programme where the actor Orson Welles gave a ‘live’ broadcast of an ‘alien invasion’ of the United States.

Had he researched the subject a little more, Christodoulides would have known that Welles’ broadcast had been preceded by an explicit announcement that this was not a real event.

The problem was that many people who tuned in later had missed the disclaimer, thus believing that the Martians were invading.

Many commentators now agree the affair was more a social experiment than a bona fide hoax.

What an epic fail, then, by the otherwise likeable Christodoulides. Surely the irony of spreading false information while talking about fake news cannot be lost on him.

Next up warning us of the menace of fake news was Greek MEP Stelios Kouloglou. Like Christodoulides, he got it only half right.

After bemoaning the ease with which false reports can be disseminated on the web, Kouloglou cited the now-infamous case of the testimony given before the US Congress by 15-year-old Nayirah al-Sabah in October 1990.

A teary-eyed Nayirah testified to having witnessed Iraqi soldiers tossing babies out of incubators in Kuwaiti hospitals.

Except, it was later revealed as a fraud and that she was the daughter of the Kuwaiti ambassador to the United States. In fact, she had been coached by a public relations firm.

As Kouloglou correctly pointed out, the fake ‘incubator babies’ story served as the bellwether for the American public to get behind the first Gulf War.

But what Kouloglou omitted to emphasise is that the Nariyah fabrication was not disseminated by the proverbial teenage blogger covered in Cheetos dust.

No, it was reported and duplicated ad nauseam by the mainstream media, at a time when the internet did not even exist.

The US media, despite the vast resources at their disposal, had failed to do their job and check the story and the government propaganda line. By the time they did, it was too late – the war had already happened.

To miss this nuance in the Nariyah story is astonishing.

Without actually saying the ‘C’ word out loud, the whole tenor of Kouloglou’s speech cried out for internet censorship.

And this coming from a former journalist, who made his bones reporting on ‘edgy’ material.

It’s hard to pin down the exact time Kouloglou crossed to the dark side, though a cynic might surmise it happened the moment he entered politics.

Why go into this? Because at the same shindig, Christodoulides revealed the government is preparing a bill to regulate media operations and tackle the spread of fake news.

“The bill aims at shaping the framework concerning other relevant issues such as journalistic ethics, freedom of the press, news agencies and correspondents of foreign media,” he said, explaining that it also envisages the ‘registration of the whole of the country’s media scene, covering print, television, radio and web media’.

And in case anyone missed it, for ‘regulate’ the media, read ‘control’ or ‘censor’.

On this issue, like so many others, Nicosia is quite clearly taking its cue from Brussels. After all, anything birthed in the EU has got to be good and wise. Including ‘regulating’ the media. Right?

We can take a pretty good guess as to how the government is going to sell this bill. Essentially the legislation will give the mainstream media in Cyprus certain guarantees, protections, or incentives, against the non-mainstream or alternative media. It’s the old divide-and-conquer strategy.

For the record, the ‘media’ is anyone publishing anything on any platform: whether it’s a pamphlet on a wall, a book, a blog.

Therefore the mainstream established news outlets in Cyprus and elsewhere should take note that they are not THE media; rather, they are only a part of what we call the media.

Which is to say, let the Journalists Union here not think for a moment they represent ‘the media’ and free speech in the wider sense.

If they do, they will take the bait dangled before them by the government.

The Journalists Union, given the chance, therefore needs to nip this legislation in the bud. No ifs or buts, no amendments, no excuses.

If they do not, they are co-responsible for an authoritarian piece of legislation that stymies free speech. Ditto for any MP who does anything other than reject it outright.

This bill – and any other similar attempts in the future – needs to be banjaxed, ablated, eighty-sixed, kicked out of Earth’s orbit.

Yet the coming legislation is but the coup de grace; the trend was already there, though few were paying attention.

In April 2015, the House made it a crime to deny the Armenian genocide.

And a month later, Cyprus effectively criminalised expressions of homophobia. Few protested about this new restriction on free speech, as most – this author included – were at the time sold on the idea that it was the ‘modern’ and ‘progressive’ thing to do. Mea maxima culpa.

Understand: this author knows for a fact that the Armenian genocide took place. But he would defend doggedly anyone’s right to dispute it. What are we afraid of? Dialogue?

Do we really want to end up like the Canadians, who in their infinite wisdom in June of 2017 made it illegal to use the wrong gender pronouns?

No one denies that ‘fake news’ can be a nuisance. But there is a simple workaround: go to the sources you trust. It’s called the marketplace of ideas. Control, censorship and government interference are not the answer.

Moreover, who gets to proclaim what fake news is? Some central authority or a panel of ‘wise men’? Surely it should be left to the public to decide, and if people want they can ‘penalise’ a media outlet by simply not clicking on it.

If this resonates with readers, a humble suggestion: write to your MPs and demand – not ask – that they nix the bill. Ideally it should be stopped from ever reaching House committee. Perhaps it is time we reached out to our deputies for something loftier than securing cousin Costas a cushy job in the public sector.

2017: The PR disaster of Eleftheria square