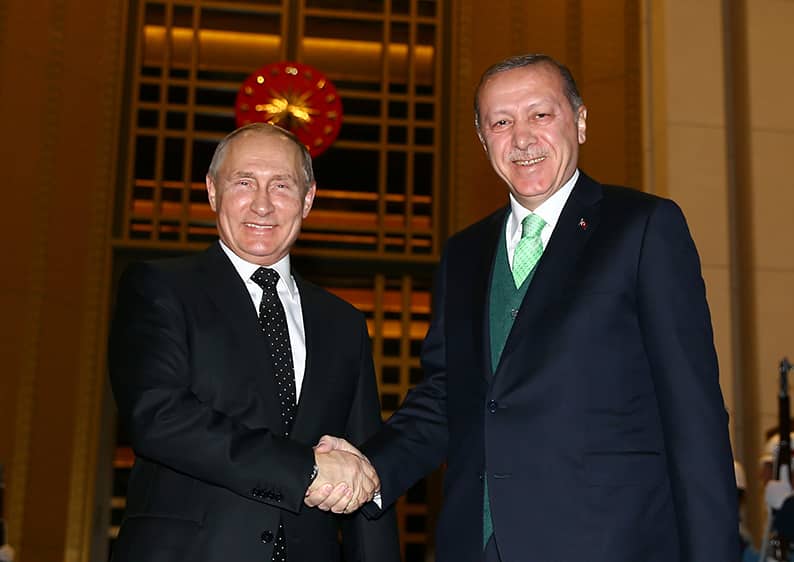 A few years ago during the twilight time between Christmas and New Year’s Day I took a cab home after a night out with friends in central London. The cab driver was West African and after I paid for the fare and told him to keep the change he said: ‘Merry Christmas in arrears and advance happy new year to you sir’ before driving off into the night.

I think of that remark every year at this time. The time between Christmas and new year is indeed a time for wistful thinking about the past and the shape of things to come often with a touch of melancholy. In international politics too it is the time of year to ponder the pattern of historical events; not so much to predict as to understand their movement and direction.

In the Middle East there are new players as well as old players with new roles. Terrorism is a constant and the phenomenon of the suicide bomber is particularly challenging. But it has been the risk of weapons of mass destruction falling into the hands of terrorists and terrorist states that has determined events in the Middle East since 9/11.

In 2015 Russia and Iran intervened in Syria and by 2017 managed to save the regime of Bashar Al Assad. America and Britain failed to topple him in 2013 after it was claimed he used chemical WMD. They had previously removed Saddam Hussain in Iraq and Muammar Gaddafi in Libya. Their excuse in Iraq was the presence of WMD, which turned out not to exist. Gaddafi saw the writing on the wall and agreed to decommission his WMD without a fuss. It did not save him, neither did his protestations that the rebels trying to oust him were Al Qaeda. I heard him say this on television and he was right, but no one in the West listened.

Iran recently agreed by treaty with the permanent members of the security council plus Germany to limit the development of its nuclear programme to ensure nuclear power could not be used to develop WMD. Out of personal spite against President Barack Obama, Donald Trump said he will renege on the deal. Obama was unwise to humiliate him at that famous press dinner at the White House in 2011, but reneging on an international treaty for reasons of personal revenge is no way to conduct foreign affairs.

The alleged use of WMD in the war in Syria did not go unchallenged. In a letter to the American people in September 2013 Russian President Vladimir Putin said that the use of chemical weapons was a provocation by those wishing to provoke intervention by the West on their side, although in the end Syria agreed to get rid of all its stockpiles of chemical weapons.

In the same letter Putin also expressed concerns about the dangers of American exceptionalism. What Putin told the American people is that just as individuals are equal under the law, countries also are equal and you cannot as a country go around engaging in regime-change just because you believe your values and your democracy are superior.

Talking of regime-change, the jury is out on who was behind the attempted coup in Turkey in 2016. In the telephone conversation between Putin and Turkish President Recep Erdogan in which Putin congratulated Erdogan on his survival, Putin must have shared some of the intelligence he had to hand and, given the Russian leader’s KGB credentials, the intelligence must have been sound.

Putin and Erdogan did not therefore become friendly just because there is good chemistry between them, although Putin is known to like Erdogan’s devil-may-care-attitude to Europe and America. The two countries patched things up despite the downing of a Russian jet fighter in 2015 and despite the murder of the Russian ambassador in Ankara in December 2016. Bearing in mind that Russia and Turkey have been traditional foes, the speed with which good relations were restored is symptomatic of a tectonic shift comparable to that forged by Vladimir Lenin and Mustafa Kemal during Turkey’s war of independence.

America and Britain are still players in the Middle East but much diminished in the Arab street while Erdogan is a huge figure there. Turkey is a player in the alternative peace process on Syria promoted by Putin, and the most powerful champion of the Palestinian cause.

On the other side, one of the curious facts about Russia’s intervention in Syria is how little friction it caused with Israel, nowadays a big regional player in her own right. Israel is not a little country besieged by hordes of Arabs with hatred in their hearts ready to wipe her from the face of the earth given half a chance. The truth is that Israel has her share of fundamentalist zealots and the military might to impose her will and maintain her security.

Her constructive ambiguity on nuclear weapons –  neither confirming nor denying possessing a nuclear capability –  means that on one construction of the ambiguity she can wipe out the whole Arab world as well as Iran. She is a regional power with a commitment from a gullible America to defend her that exceeds any the British have ever had on account of the so called special relationship.

Egypt, Saudi Arabia and Jordan are America’s other principal allies in the region but even they are beginning to wonder whether they would be better off with a clear headed, decisive leader like Putin behind them rather than a prima donna like Trump whose major preoccupation is posting gibberish on his twitter account.

The Saudis are particularly embarrassed by Trump’s anti Muslim rhetoric. It was rumoured that they did not rate Obama on racist grounds. Like many tribal potentates from Arabia they very much welcomed the return of a white man in the White House but not one with such intense prejudices against Muslims.

Trump is an isolationist – that is what his policy of America-first means. So long as Israel can take care of herself, America’s relationship with the Middle East is likely to be transactional. President Trump did not to go to Saudi Arabia recently on his first trip abroad for nothing. He went there to sell them billions of dollars’ worth of new generation fighter planes and the mocking smirk on his face as he danced with his hosts spoke volumes.

A hundred years ago Britain and the France took over the Ottoman Levant and dominated the region from Iran to the Mediterranean until they attacked Egypt over the Suez Canal in 1956. The plan was to overthrow the Egyptian leader Gamal Abdel Nasser and take over the canal. America refused them support. They withdrew and America displaced them as the dominant power in the Middle East until Obama dithered over Syria in 2013.

So what is a puny state like Cyprus to do in light of this tectonic shift in big power configuration in her region? Welcome the Russians, stay close to the British, be nice to the Americans, be correct with the Israelis, celebrate the Arabs, love the Greeks and try not to anger the Turks.

Wearing the masochist slur with pride