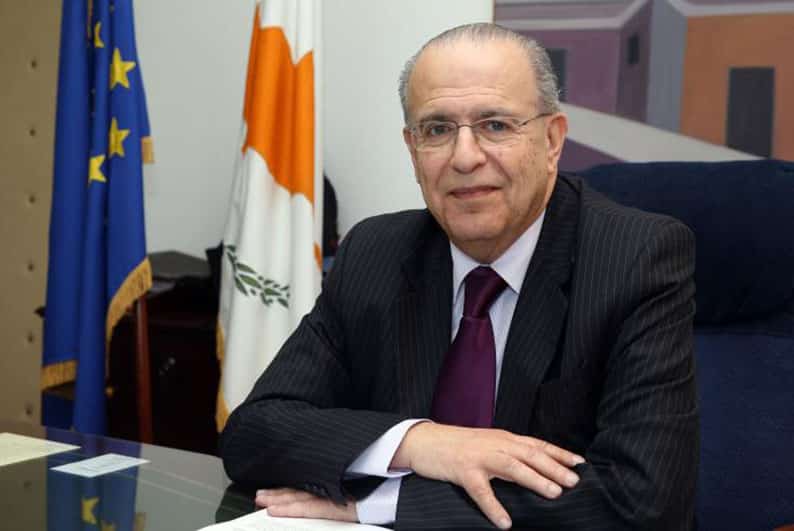 Saudi Arabia could play a role in the reunification of Cyprus, Foreign Minister Ioannis Kasoulides said.

In an interview to Arabic international newspaper Asharq al-Awsat, published on Monday, Kasoulides said that Cyprus looks forward to “bolstering cooperation with Saudi Arabia in order to achieve security and stability in the region”.

Kasoulides, who is to escort President Nicos Anastasiades on his official visit to Saudi Arabia this week, at the invitation of King Salman, said that bilateral ties between the two countries “have taken an important step forward after Riyadh appointed its Athens ambassador as the Charge d’Affaires in Nicosia”.

This was followed by Cyprus opening an embassy in the Saudi capital. He expressed hope that the Kingdom would soon open a mission in Nicosia.

“I believe there are great opportunities for cooperation between us in many fields, such as economy, business and tourism,” Kasoulides told Asharq Al-Awsat.

He added that the Cypriot president’s visit to Saudi Arabia is a continuation of the country’s foreign policy in the region.

“Saudi Arabia is an important country and a leader in the Arab and Muslim worlds and King Salman is Custodian of the Two Holy Mosques,” he said.

In addition, Kasoulides said that Riyadh could play a role in reuniting Cyprus.

“Many people believe that the problem lies between the Cypriot people. We are prepared to share the country with the Turkish-Cypriot population within a Cypriot union,” he said.

This would pave the way for reconciliation between the Christian Greek Cypriots and Muslim Turkish Cypriots, he explained.

“The main problem that will remain is Turkey, which is still following a strange policy towards the Arab world,” he said.

Kasoulides reiterated that the withdrawal of Turkish troops from the island is essential to resolving the problem. “This is where Saudi Arabia can play a role seeing as Ankara is trying to bolster its friendship with Riyadh,” he said. “There is a role that Saudi Arabia must play,” he stressed.

He added that Cyprus has succeeded in forming excellent ties with all of its neighbours including the Arab world.

On Wednesday he will be received by the King during an official ceremony and will attend an official banquet, that the King will host in his honour. After that, the delegations of the two sides will have official consultations and will sign agreements.

Later in the afternoon, Anastasiades is to meet with the Crown Prince of Saudi Arabia.

While in Riyadh, President Anastasiades will also meet with the Secretary General of the Gulf Cooperation Council and will pay an on-site visit to the facilities of J&P, a Cypriot-owned company.

The president be accompanied by the Ministers of Foreign Affairs, Defence, Transport and Energy, as well as by the Government Spokesman.

The delegation will return to Cyprus on Wednesday night.