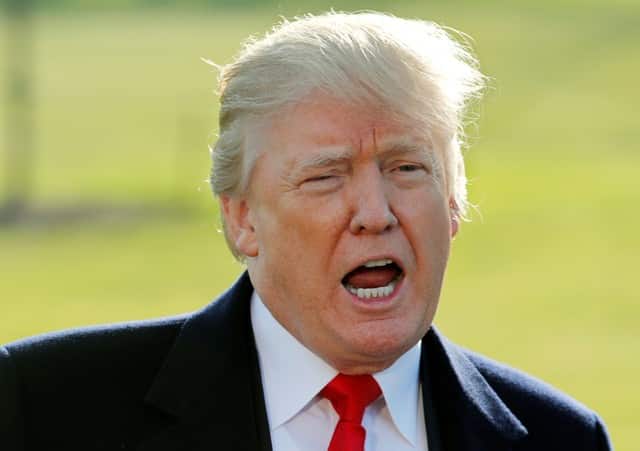 Pakistan summoned the US ambassador in protest against US President Donald Trump’s angry tweet about Pakistan‘s “lies and deceit”, while Foreign Minister Khawaja Asif dismissed the outburst as a political stunt.

David Hale was summoned by the Pakistan foreign office on Monday to explain Trump’s tweet, media said. A spokesperson for the US Embassy in Islamabad confirmed the meeting took place.

In a withering attack, Trump on Monday said the United States had “foolishly” handed Pakistanmore than $33 billion in aid in the last 15 years and had been rewarded with “nothing but lies and deceit”.

“They give safe haven to the terrorists we hunt in Afghanistan, with little help. No more!” Trump wrote on Twitter.

Pakistan Prime Minister Shahid Khaqan Abbasi on Tuesday will chair a cabinet meeting that will focus on Trump’s tweet, while on Wednesday the country’s top civilian and military chiefs will meet to discuss deteriorating US ties.

Relations between United States and its uneasy ally Pakistan have been strained for many years over Islamabad’s alleged support for Haqqani network militants, who are allied with the Afghan Taliban.

The United States also alleges senior Afghan Taliban commanders live on Pakistani soil. In 2016, the then-Taliban leader Mullah Mansour was killed by a US drone strike inside Pakistan and in 2011, al Qaeda leader Osama bin Laden was found and killed by US troops in the Pakistani garrison town of Abbottabad.

Washington has signalled to Pakistan that it will cut aid and enact other punitive measures if Islamabad does not stop helping or turning a blind eye to the Haqqani network militants who carry out cross-border attacks in Afghanistan.

Islamabad bristles at the suggestion it is not doing enough in the war against militancy, saying that since 2001, Pakistan has suffered more than the United States from militancy as casualties at the hands of Islamists number in the tens of thousands.

Pakistani Foreign Minister Asif dismissed Trump’s comments as a political stunt borne out of frustration over US failures in Afghanistan, where Afghan Taliban militants have been gaining territory and carrying out major attacks.

“He has tweeted against us (Pakistan) and Iran for his domestic consumption,” Asif told Geo TV on Monday.

“He is again and again displacing his frustrations on Pakistan over failures in Afghanistan as they are trapped in dead-end street in Afghanistan.”

Asif added that Pakistan did not need US aid.

A US National Security Council official on Monday said the White House did not plan to send $255m in aid to Pakistan “at this time” and said “the administration continues to review Pakistan‘s level of cooperation.” In August, the administration had said it was delaying the payment.

“His Excellency President Trump has declared the reality. Pakistan has never helped or participated in tackling terrorism,” General Dawlat Waziri, spokesman for the Afghan ministry of defence, told Reuters.

Jitendra Singh, a junior minister at the Indian Prime Minister’s Office, said Trump’s posturing has “vindicated India’s stand as far as terror is concerned and as far as Pakistan‘s role in perpetrating terrorism is concerned”.

But China gave Pakistan its backing. Chinese Foreign Ministry spokesman Geng Shuang, asked during a regular briefing about Trump’s tweet, did not mention the United States but defendedPakistan‘s contributions in counter-terrorism.

“We have said many times that Pakistan has put forth great effort and made great sacrifices in combating terrorism. It has made a prominent contribution to global anti-terror efforts,” he said.

“The international community should fully recognise this.”

Pakistani officials say tough US measures threaten to push Pakistan further into the arms of China, which has deepened ties with Islamabad after pledging to invest $57bn in infrastructure as part of its vast Belt and Road initiative.

Analysts say Trump’s tweet signals that the fraught US-Pakistan ties are likely to worsen in 2018.

“The trend lines have not been good, and the tweet gives an indication of the turmoil that awaits in 2018,” said Michael Kugelman, the senior associate for South Asia at the Woodrow Wilson Centre.

Advice for dealing with guarantor loans