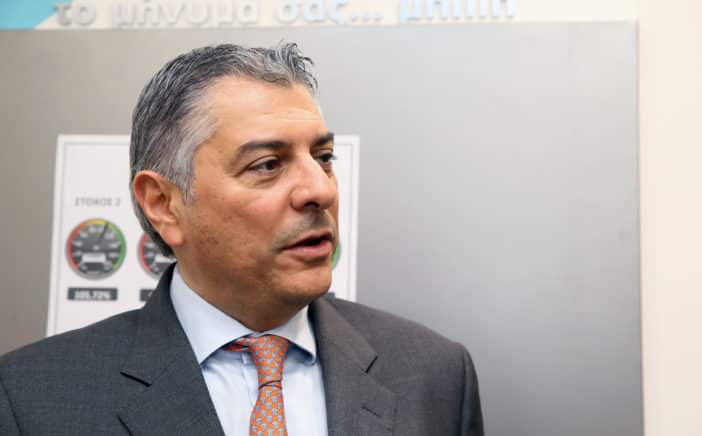 Nicholas Hadjiyiannis, chief executive officer of the state-owned Cyprus Cooperative Bank, said on Wednesday that the lender has strong reservations about the recent non-binding ruling of the financial ombudsman which exonerated a guarantor from her obligations.

“We have to be prudent with respect to the rights and obligations of borrowers,” said Hadjiyiannis in a telephone interview.

On December 27, ombudsman Pavlos Ioannou, whose office is tasked with mediating in disputes between borrowers and banks, said that the retroactive provisions of a 2015 law allowed the release of a woman who guaranteed a CYP25,000 (€42,712) loan 26 years ago from her obligations.

Ioannou said that the bank had failed to inform the guarantor that the loan was not performing over the years and after the borrower died, it increased to €365,000. He added that if the bank rejected the ruling, it would have to resort to a court.

“We are going to consider the decision, but we are saddened that these (procedures) are carried out via correspondence and letters leaking (to the press) without facts,” Hadjiyiannis added without elaborating. As a result, he said it would be premature to discuss a probable impact of the ruling on the bank’s earnings and capital.

The decision was first reported by the weekly newspaper Simerini on December 24. The newspaper published part of the ruling concerning the woman, one among five guarantors of the loan. In its ruling the ombudsman’s office applied a provision of the relevant legislation which makes informing the guarantor an obligation for a bank after a loan is in arrears for at least three months or the borrower fails to fulfil any other promise.

The bank is currently working on its listing at the Cyprus Stock Exchange as part of its strategy to attract strategic and institutional investor equity with the gradual issue of shares and so reduce the government’s shareholding to below 25 per cent from currently over 99 per cent.

It was compelled to return €111m to overcharged borrowers after a March 2016 decision of the ombudsman. The co-op, which merged last year with 18 regional co-operative banks it administered, is struggling with a mountain of €6.4bn of non-performing loans, making out more than half of its loan portfolio. The 18 co-operative banks were in turn the ultimate result of successive mergers of hundreds of independent co-operative banks operating in almost every village of Cyprus.

“The co-op should be the last to blame for being unfair towards our customers,” said Hadjiyiannis adding that “determining policies through publicity is detrimental”.

In the Simerini story, Ioannou said that an unspecified administrator of one unnamed village co-operative bank repeatedly asked patrons of the coffeeshop next door to guarantee loans.

“The number of guarantors involved in co-op loans is huge and the extremely negative socioeconomic consequences of this situation are maximised as a result of the easiness these guarantors can become principal debtors following a court decision via the arbitration procedure applied by the co-op,” Ioannou was quoted as saying.

The Cyprus Business Mail understands that the decision on what action the Cyprus Cooperative Bank will take is not high on the agenda of the bank’s management.

Getting back in the rocking mode