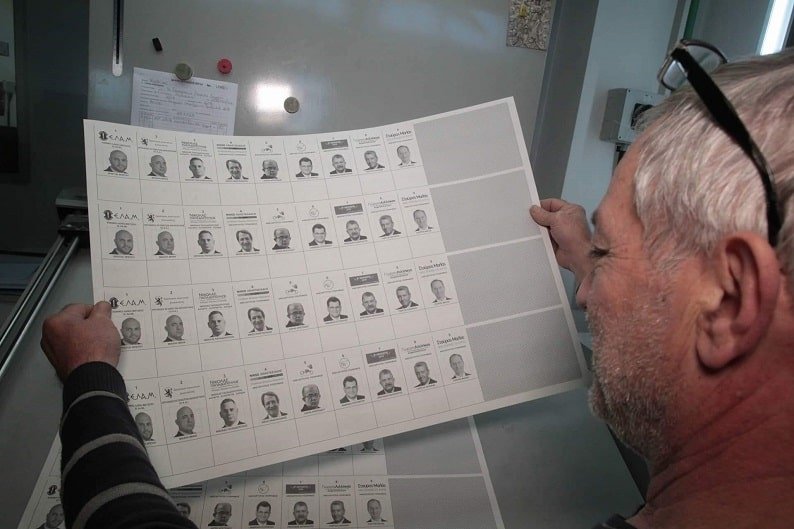 The official ballot papers for the January 28 presidential election were being printed off on Sunday.

Earlier in the week, the chief returning officer put down a challege to the draft ballot paper following two objections raised last week over the slogan of one of the candidates.

Independent candidate Haris Aristidou had complained that his election slogan ‘Handcuff Thieving Politicians’ was not visible enough in the space under his name on the ballot paper. It was represented by a symbol.

The chief returning officer said on Wednesday that following the ruling of the attorney-general the ballot papers would not be altered.

Along with Aristidou Malas and Anastasiades, listed on the ballot are the other candidates: far-right Elam’s Christos Christou, the head of the Justice Party Michalis Mina, Diko leader Nicolas Papadopoulos who is backed by Edek, the Greens and the Solidarity Movement, leader of the Citizens’ Alliance Giorgos Lillikas, and independents Andreas Efstratiou and Christakis Kapiliotis.

If there is no clear winner on January 28, a run-off election will be held the following week, February 5.

The citizens of the Republic of Cyprus who lived in the north of the island will be added to the total number as soon as their details are confirmed by the Office of the Presidential Commissioner for Humanitarian Affairs.