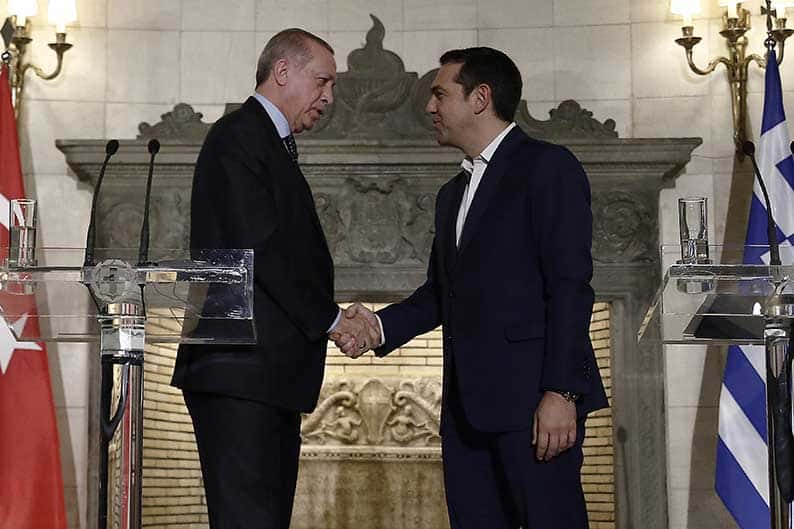 A MAJOR global rebalancing is underway. The US-led post-war liberalisation is ending. The convergence trend which, among other benefits, uplifted 800 million out of poverty in China is being arrested as multinationalism is receding under Trump’s presidency. America First is a protectionist strategy, guided only by arbitrary decision-making, uncaring for the rest of humanity.

Now Trump is promoting Israel Second.  Palestinians, Muslims and fair-minded persons are wondering who will be Third? Putin’s Russia and China are stepping in to fill the vacuum left by US isolationism.
The region most vulnerable to US arbitrariness is the Middle East.

Always in turmoil, provoked by outsiders, invading armies and local rivalries, the Arab world is a house torn apart. The Gulf is now the contested domain.  Big oil-producers in the area are suffering from declining revenues, resorting to taxes and higher prices. Saudi Arabia and Iran, in particular, are facing populist challenges, fuelled by inflation and costly adventures overseas in Yemen, Syria and elsewhere.

In the Eastern Mediterranean, energy geopolitics are empowering Turkey as new hydrocarbon sources help reinforce European energy security. Greece, already a partner in TANAP/TAP, may, by the necessity of market forces, get closer to Turkey not only in energy cooperation but in expanding trade and tourism.
Europe is adjusting slowly to post-Brexit EU.

Macron-style progressive macro-policy, starting with much-needed labour market reform, may replace Merkel’s austerity economics. Meanwhile, a major EU challenge will be the management of Catalonia-brand independence within the Union. If Brussels can gently push stakeholders into productive dialogue, a democratic accommodation of independence within EU, may result.

That prospect, in turn, should help Cyprus. The Commission, back in the Referendum of 2004, is on record with solemn promises to Turkish Cypriots to end their political isolation if only they voted for the Annan Plan. They did, but the EU leaders failed to deliver. Hopefully, in 2018, with Catalonia leading the way, a fair formula may be devised to settle an old promise.

Toward that end, the best bet for settling the Cyprus conundrum lies in rebalancing wider Greek-Turkish relations. Erdogan’s recent visit, and in particular, the opening salvo in public discourse over updating the 95-year old Treaty of Lausanne, has the potential of resolving through dialogue age-old sources of tension in the Aegean. That would also solve the inhumane refugee overcrowding in many Greek islands.

Turning the Aegean into a Sea of Greek-Turkish Cooperation is a golden opportunity. From 2018 on, with cool and rational heads prevailing in Athens and Ankara, tensions over territorial sea boundaries, air-space and demilitarisation of islands should be resolved cordially and on a win-win basis.

Better Greek-Turkish relations would improve chances of a fair and just settlement in Cyprus. To expect Turkey to delink from Turkish Cypriots, as some extreme right-wing politicians in Greece and Greek Cyprus do, is unrealistic. Turkey has strategic interests over its territorial waters on its southern shores which are as vital as the welfare and security of Turkish Cypriots.

In the new year and beyond, a New Cyprus can and should emerge following elections early in 2018. There will be new blood, a new generation of politicians in the north. Regional rebalancing will reinforce the need for a New Cyprus, avoiding confrontation over hydrocarbons and putting Greek-Turkish relations on a healthier footing. At the end of the day, two-states, both within the EU, offer the best option.

A Greek-Turkish sponsorship of the idea, with support from Macron and other progressive voices, would be ideal.

Elsewhere, global peace in 2018 may be as elusive as ever. The world now resembles a ship without an anchor. The key fact is that a Trump White House is and will be unpredictable and arbitrary. Yet, some positive signs do exist. Despite nasty rhetoric between the theatrical Trump and his North Korean counterpart, a nuclear holocaust is unthinkable. And Canada may yet save NAFTA.

But, the UN agencies, UNESCO, WTO in particular, will take hits from Trump’s arbitrary aid policies.  Shortfall in multilateral aid, due to a defaulting US, may be partially offset by more help from Japan, EU and elsewhere. But it is unlikely that these aid flows can recover to levels necessary to stop the flood of refugees and arrest the humanitarian crises like the Rohingya and Yemen.

One thing is certain at the start of a new year: A re-energised and progressive EU, with Macron-style management in balancing of rights, would help, if it can be demonstrated in Catalonia and Cyprus.

The weeding time of year