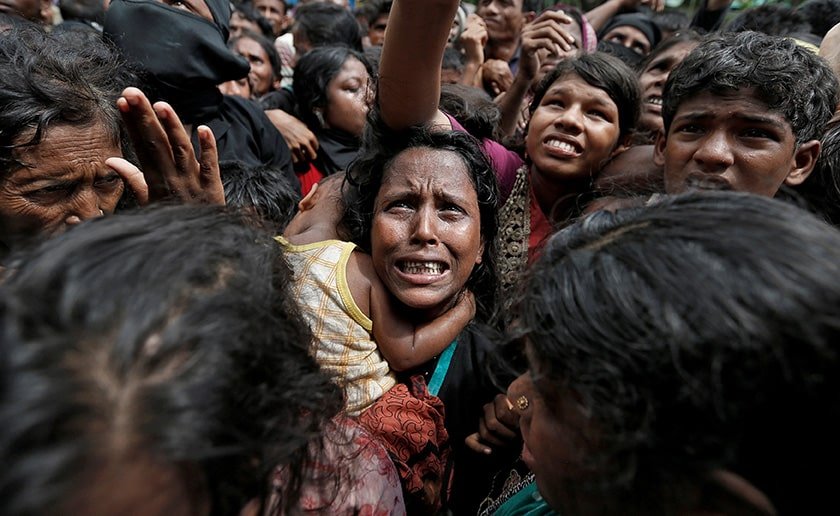 How many times have we heard of someone having a hard time or a group of people being treated abominably? I would hazard a guess that the number runs into the hundreds, if not thousands.

And by what yardstick do we measure the worthiness of each and every case? Is someone suffering from cancer more deserving of our sympathy and resources to combat their infirmity than, say, a person with dementia? As far more German civilians were killed by RAF Bomber Command than Britons by the Luftwaffe, does that mean that the former suffered more and that their experience should be judged as being higher up the sliding scale of loss?

Like the iniquity of the Indian caste system and the disparity between social classes in just about every nation on the planet, there are many categories of refugee whose plight often ends up being compared. In our faces at the moment are the millions of Syrians and 400,000 Rohingya Muslims fleeing northern Myanmar. More than likely our perception of which situation deserves more of our concern and assistance depends on what images we’re fed on the news channels, the numbers involved, inbuilt prejudices and other factors.

I was lucky. As a dual national, I was able to eventually go to Britain and seek fame and fortune there. Others had little option other than remain in their tented ‘cities’ for months, and, in some cases, years on end. I was also ‘lucky’ in that I was young, single and in some respects viewed what had happened as nothing more than an inconvenience. Others were not so fortunate, having lost loved ones or wondering how they were going to support their families and where they were going to live. I recall meeting a septuagenarian Armenian in the camp who was an old-timer when it came to refugeedom as it had been the third time that he’d lost hearth and home. Beat that, if you will.

And what has happened to this ‘band of brothers’? Some were scattered to the four winds and decamped to other countries, while the majority survived as best they could and forged new lives for themselves in other towns. Many, including my parents, found themselves renting accommodation in Nicosia and then Limassol and having to endure years of dealing with landlords who tried to have them evicted when it didn’t suit because they were able to obtain higher rents. One of the legal wheezes at the time was saying that the house was required for a newlywed daughter. After eviction, in many instances, it wasn’t the daughter who took up residency. Exploitation or what.

For the record, it needs to be mentioned that the situation in Cyprus affected Cypriots of all ethnicities. Many Turkish Cypriots were displaced in 1963/4 and again in 1974 so have similar tales of upheaval and loss.

In the current climate, many refugees live in housing built by the state, houses abandoned by Turkish Cypriots or received a small grant to build a house under licence on Turkish Cypriot land. My parents eventually came under the latter category. Increasingly since 1974, refugees have been viewed by some as bloodsuckers of the state coffers with alleged monthly payments and other benefits cascading onto their heads. I assure readers that this is not the case. (Having said that, I feel that refugee status should not have been made a hereditary right, but that’s another story).

As a rider to the current situation, the Republic has passed laws whereby Greek Cypriot refugees from the north are unable to enter into financial or swap arrangements with their Turkish Cypriot counterparts who upped sticks from the south and went to the north. (The figures are respectively 160,000 and 30,000). Far better for the state to ensure that they remain in emotional and financial limbo, in effect manipulating and exploiting them for geopolitical reasons.

In closing, it’s often said that in the Cypriot context, one side suffered more than the other, this being a perennial argument that’s played out in public debate, newspaper forums and social media. This is a pointless, non-argument. And make no mistake. Suffering and loss are universal to all, have no boundaries and can’t be subject to numbers affected.