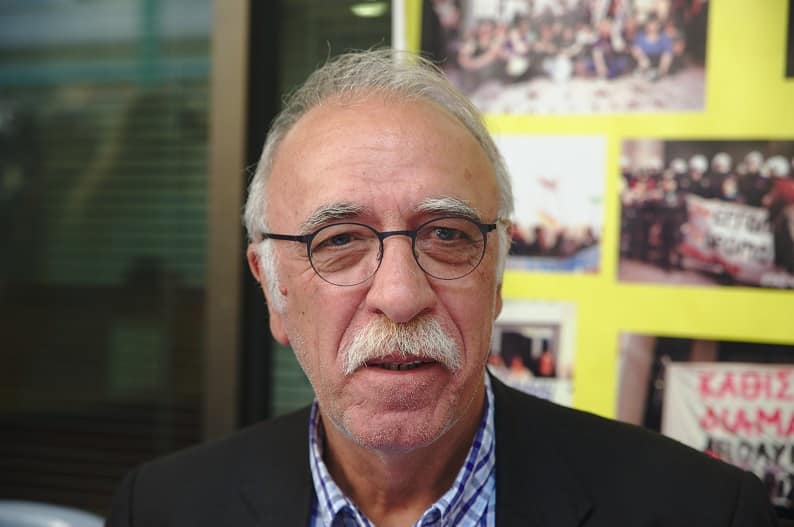 Any attempt on the part of Turkey to foment a fait accompli in Cyprus’ maritime area would be irrational and Ankara would not take such a risk, according to Dimitris Vitsas, Greece’s Alternate Minister of National Defence.

In an interview with the Cyprus News Agency, Vitsas also said he does not expect Ankara “to risk a defeat”, when asked about the possible emergence of a Turkish drillship in the area, and Athens reaction to such a move.

Speaking about efforts for a Cyprus settlement, the Greek government official said the Turkish side must realise that stagnation does not lead anywhere.

Vitsas is on a visit to Cyprus and is expected to attend on Tuesday a ceremony for the handover of remains belonging to Greek nationals who died in August 1964 while on board the patrol boat “Phaethon”.

The alternate minister saidys that those who perished on “Phaethon” were also a reminder of the duty that awaited to be fulfilled regarding a Cyprus settlement, that will respect the territorial integrity of the Republic of Cyprus, adhere to human rights, as well as UN and EU principles.

Vitsas said that despite the time which has passed since the 1974 Turkish invasion, no fait accompli in the northern part of the island had been accepted by the international community. This, he says, was due to the continuous efforts of the governments of Greece and Cyprus, who insisted the problem was created because of Turkey’s invasion and subsequent occupation.

He also said Greece stands by the decisions and actions of the Republic of Cyprus and noted that both countries act as beacons of stability in a volatile region. According to Vitsas, this might act as a catalyst for a final and viable solution of the Cyprus problem.

Referring to Nicosia’s energy designs, the Greek official said that exploiting natural resources was the “inalienable and non-negotiable right” of a sovereign country, that is a member of the EU and the UN.

“Cyprus exercises this right by creating a safety net, consisting of the world’s big oil and gas companies that take part in this endeavour,” he says, adding his belief that the Turkish leadership was sensible enough not to turn against all of them.

The right to exploit underwater resources was first and foremost a diplomatic issue and one that had to do with alignment of interests, Vitsas said.

“I think the Turkish leadership shows bravado by demonstrating its military presence, but I consider it to be irrational on its part to put practical obstacles and attempt a fait accompli in the maritime area of the Republic of Cyprus,” he said.

Asked about the reaction of Athens in the event Turkey sends its newly-acquired drillship in the region, Vitsas said he hoped Turkey was sensible enough not to do something that entailed a very high cost and no positive outcome for the country. “It won’t risk a defeat” he estimated.

Vitsas also notes that Nicosia’s activities in the exclusive economic zone of Cyprus were in accordance with international law and “Turkey would be the only one to lose from a possible gamble”. This is something Ankara should consider twice, under today’s circumstances, he added.

Referring to the repatriation of the remains of the Greek soldiers, Vitsas says with this move, the state fulfilled its duty towards those who sacrificed themselves during a battle in August 1964, when the Turkish air force bombed Tylliria, in the northwest of Cyprus.

An artistic start to the year