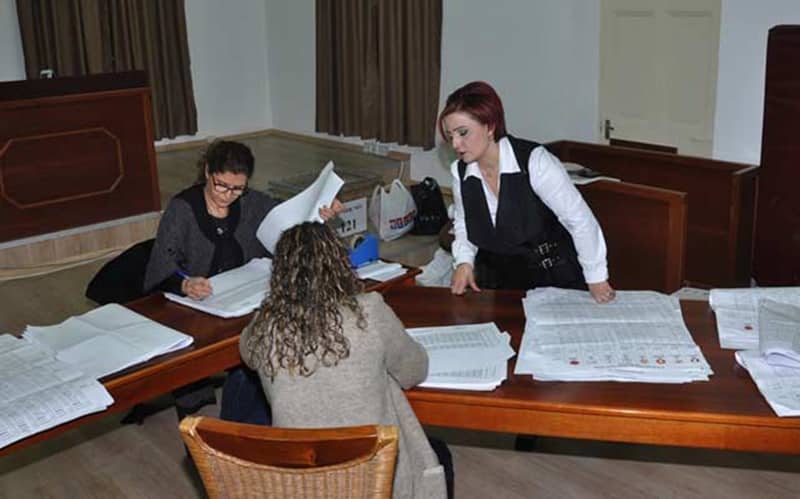 The final results for Sunday’s Turkish Cypriot ‘parliamentary’ elections were released in full on Tuesday after the ‘election board’ complained of difficulties in counting certain ballot boxes due to the new electoral system.

While there were no major changes to the semi-official results announced on Monday, Serdar Denktash’s Democratic Party regained one seat from the Rebirth Party, giving them three ‘MPs’ and the latter two, bringing an end to the back and forth seat confusion.

Head of the ‘election board’ Narin Ferdi Sefik said on Monday “the new election system caused many difficulties for those who had duties on the ballot boxes,” which resulted in considerable delays and errors in counting.

“Many employees did not know what to do with the new system and were expecting help from the district election board,” she added and recommended the electoral law be amended.

The election board stated that multiple voting accounted for around 11 per cent and that the percentage of invalid votes cast was 11.7.

The new ‘parliament’ will have nine female members, an increase of five from the previous election due to the implementation of a new quota system.

Eight lawmakers failed to make the cut this time around, including ‘foreign minister’ Tahsin Ertugruloglu and ‘minister of public works and transport’ Kemal Durust.

In the 50-seat ‘parliament’ the National Unity Party will have 21 seats, the Republican Turkish Party 12, the Peoples Party nine, the Communal Democracy Party three, the Democratic Party three and the Rebirth Party two.

No party took a majority of the seats, meaning the parties will need to form a coalition. If that fails, fresh elections could be on the cards.

Petrides spat leaves Papadopoulos with egg on his face