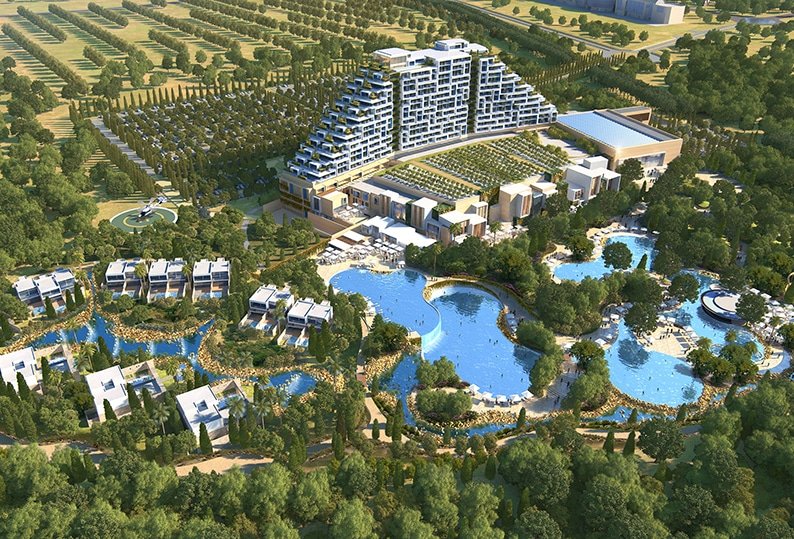 The plan for City of Dreams

By 2021, Cyprus’ first integrated casino resort will open its doors to the public, in an investment totaling €550m, it was revealed on Tuesday.

Presenting the finalised plan to a packed conference hall at the presidential palace, representatives from the Melco-CNS consortium showcased the multi-million project, dubbed City of Dreams – Mediterranean, set to attract 300,000 tourists per year and creating around 11,000 jobs.

Set to be built in Zakaki, west of Limassol, the resort will include a gaming area with 136 tables and 1,200 gaming machines and 9,600 square metres of MICE facilities (meetings, incentives, conferencing, exhibitions).

The resort will also feature a five-star hotel with luxury villas and 500 hotel rooms, 11 restaurants and cafeterias, a retail area, wellness centre and sports centre.

A temporary casino in Limassol and four satellite casinos in Nicosia, Larnaca, the Famagusta area and Paphos will begin operations in the first half of 2018.

President Nicos Anastasiades on Tuesday hailed the investment, saying it was an impressive and ambitious project that the government had made efforts to attract shortly after the financial crisis in March 2013 “after we concluded that the benefits for the country certainly outnumber any negative consequences.”

It will be the top integrated casino resort in Europe and one of the best in the world, he added.

According to an economic impact study prepared by PwC, the impact to Cyprus’ economy after the second year of the casino’s operation will reach approximately €700m per year, around four per cent of the country’s annual GDP.

The casino will tackle seasonal tourism making the industry stronger all year round, Anastasiades said which alone will impact Cyprus’ economy with €276m annually two years after the casino’s operations which will in turn create 2,100 jobs.

The project will also increase the duration of tourists’ visit and attract foreign investment to the island.

Chairman and Melco CEO Lawrence Ho said “I am proud that the Cypriot government has entrusted Melco and CNS to build Cyprus’ first integrated resort which will place Cyprus on the world tourism map and attract visitors not just from the surrounding region but also from the whole of Europe and around the world.”

He added this was the first time the brand was working outside of Asia and “growing tourism in Cyprus is our number one priority.”

“We really do live and die by our efforts to be different,” Ho told the packed conference hall.

The designs of every casino resort Melco undertakes are uniquely catered to each jurisdiction and in the case of Cyprus, the City of Dreams Mediterranean has been styled based on the old town Nicosia area resembling a village feel.

Surrounded by greenery and large trees, interior designers are creating a luxurious interior with extravagant but a calm serene feeling surrounding the complex with people waking up feeling they are on a village overlooking the hills, the promoters said.

The integrated casino resorts Cyprus consortium is comprised of Melco Resorts & Entertainment and the Cyprus Phassouri Zakaki Limited, member of the CNS Group.

Their project was shortlisted from a total of eight bids and the masterplan was submitted on December 22.

Safeguards have been put in place such as the minimum age requirement of 21, Anastasiades said while several training courses are running on the island to prepare for the job openings that will follow.

The complex will feature an extensive pool area with river woods and surf pools, a high-end retail area, an outdoor amphitheatre and three ballrooms as well as a convention expo centre.

Who works the most hours every year?