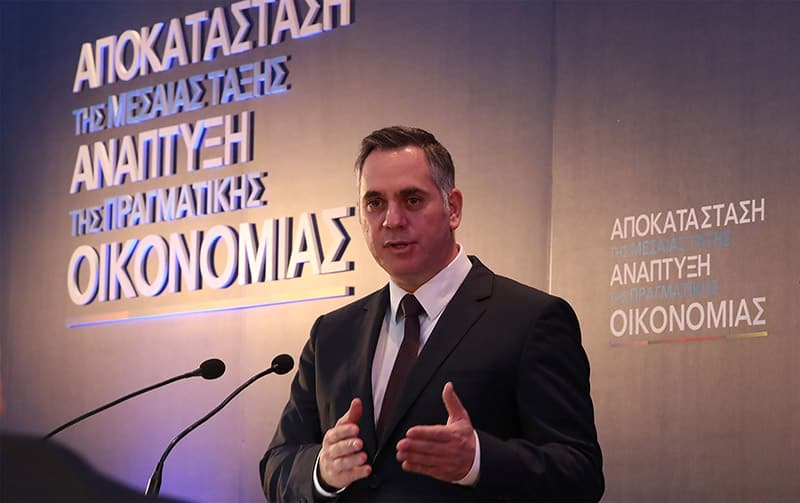 Presidential candidate Nicolas Papadopoulos was again left with egg on his face on Tuesday after it emerged he got his facts wrong concerning the appointment of caretaker interior ministers just prior to national elections.

This was highly inappropriate and unethical, the Papadopoulos camp said, given that the minister of the interior in Cyprus is also the official responsible for the elections.

The Papadopoulos camp called on Petrides to step down and for a caretaker minister to be appointed until after the elections.

This, they added, would be consistent with past practice, particularly with what the late former president Tassos Papadopoulos did just before the 2008 presidential elections.

However, it turns out that Tassos Papadopoulos did not in fact appoint a caretaker minister of the interior.

This is attested to by data available on the interior ministry’s website listing all the persons serving since the establishment of the Republic in 1960.

The data shows that Akel’s Neoklis Sylikiotis resigned his post as interior minister on July 15, 2007 when all the Akel-affiliated members of the cabinet walked out of the coalition government with Papadopoulos’ Diko. The walk-out happened because Akel would for the first time be fielding their own candidate in the 2008 presidential elections.

Replacing Sylikiotis was Christos Patsalides, who served normally (not as a caretaker minister) from July 17, 2007 to February 29, 2008.

After Demetris Christofias was elected president, Sylikiotis was reappointed interior minister on March 1, 2008.

It also turns out that the late former president Glafcos Clerides was the only president to have ever appointed a caretaker minister of the interior.

On November 11, 1997 – just months ahead of the 1998 elections – Clerides replaced then-interior minister Dinos Michaelides with a caretaker minister, Georgios Stavrinakis.

Stavrinakis served until February 27, 1998, at which point Michaelides was reappointed interior minister.

Asked by daily Phileleftheros to comment on these findings, which contradicted their assertions, the Papadopoulos camp sidestepped the question.

What was important, they stressed, was that Tassos Papadopoulos’ ministers were never actively engaged with the presidential elections, in contrast to the ministers serving in the current administration.

“It is one thing [as a minister] to defend the government’s work, and quite another to deride and taunt one’s political adversaries,” Kyprianou said of Petrides.

Gun found believed to have been used in attempted murder