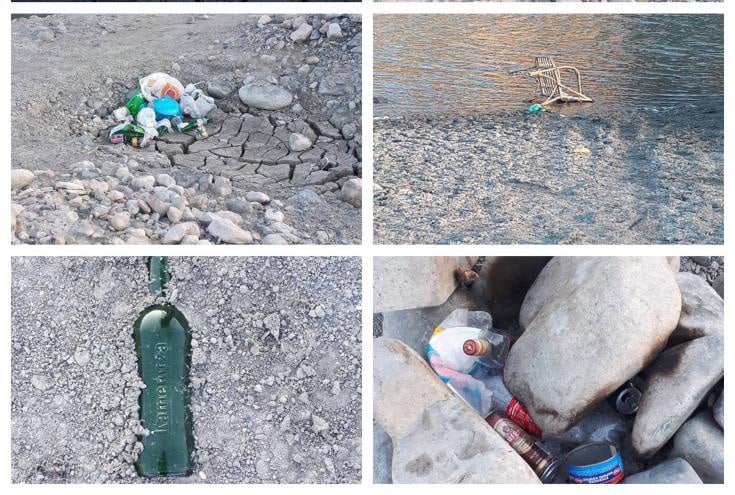 Videos and photos of a filthy Germasoyia dam posted on social media last month has prompted the fishermen’s association to publicise its annual clean-up campaign which will be held on January 21.

The photos posted on December 28 showed bags filled with rubbish, glass bottles, tin cans and even a chair lying on the reservoir bed.

But the organisers of the event, the Cyprus Freshwater Angling Association, clarified that the social media posts merely highlighted a long-standing problem.

“The problems recorded in the video have been known to us for many years and are the main problems our association has been struggling with for more than a decade,” the association said in a statement on Monday. “Protecting the special environment of our reservoirs, although not our own responsibility, has been given priority by the association.”

Members clean the reservoirs every year with expenses covered by the association’s funds and sponsorships.

In addition, special attention has been paid to the education and training of fishermen, especially the young ones who are the future of fishing in the country.

The results, the association noted, are encouraging as the budding fishermen learn to love and respect the sport, while protecting the environment of reservoirs.

Every time the members of the association go to enjoy their favourite sport, they say, they are faced with pollution and thus become supporters of any attempt to preserve and improve the natural environment.

“In many cases, the presence of members of our association at dams contributed to the extinction of fires, to the rescue of birds and fish and, of course, to cleaning the beaches,” the association said, adding that in reservoirs where fishing is banned dumping of rubbish is ‘out of control’.

The Cyprus Freshwater Angling Association calls on people to take part in the cleaning campaign, saying “water from reservoirs are what we drink and what we water our land with. It is the water with which we water the vegetables that end up on our plates.”

The campaign will start at 9.30am on Sunday, January 21. More details can be found at https://www.facebook.com/cyprusfaa/.

United to face Yeovil in FA Cup fourth round