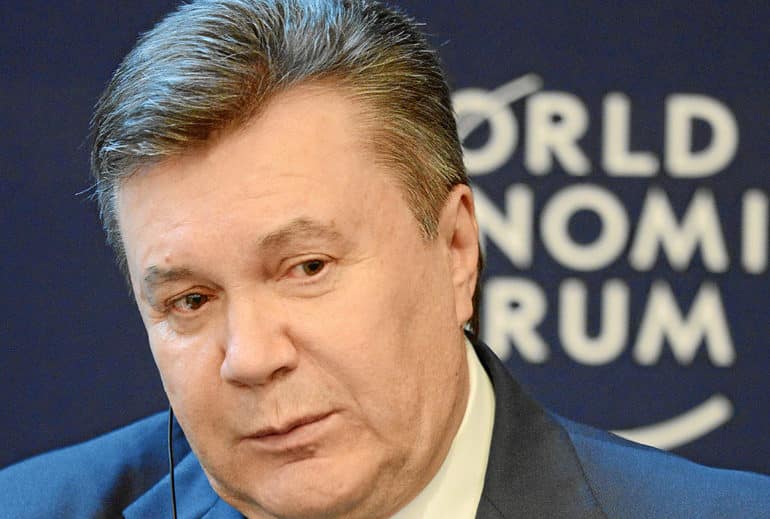 Aljazeera, which cited an “unsigned contract” it obtained and other documents, said that the seller, Serhiy Kurchenko, known as Yanukovych’s “family wallet,” received $30m in cash in exchange plus other assets, including a private jet.

According to the website of the Department of the Registrar of Companies and Official Receiver, the Limassol-based Quickpace operates in the real estate management and is today owned by the British Virgin Islands (BVI)-based Evermore Property Holdings Ltd after it acquired it in August 2015 from the Nicosia-based Prontoservus Ltd, a company linked to the law firm established by Polakis Sarris.

Quickpace is also headquartered at the address of Proteas Management, a business services company affiliated with the Andreas Sofocleous & Co law firm.

While Onyschenko, one of the two buyers in the deal, confirmed the participation of Fuchs and Kurchneko, he also denied that it had gone ahead, Aljazeera reported. Christina Sarris, a lawyer at the Polakis Sarris law firm said that the deal had indeed gone ahead, according to Aljazeera.

The Qatari news television channel said that it also obtained a record of a $2m initial payment from a Barclays Bank account to a Russian-owned account at Latvia’s Norvic Banka. Fuchs is the owner of Dorchester International Incorporated, the parent company of Evermore Property Holdings, according to Aljazeera.

It also reported that Quickpace held bonds and cash, all frozen by a Ukrainian judge on suspicion they were proceeds of crime, and added that trading frozen assets is illegal both in Ukraine and abroad.

The value of frozen assets deemed the product of crime and traced to Yanukovych’s political friends is estimated at €1.5bn which is estimated to be only a fraction of the total. The frozen assets were held by companies in Cyprus, the UK, Panama, Belize and the BVI.

“Any services provided by Prontoservus Limited, Byroco Nominees Limited -or by any individual connected to the said entities- with respect to the Cyprus company Quickpace Ltd were provided in full compliance with the applicable Cyprus law,” said Yorgos Trillides on behalf of Polakis Sarris & Co LLC in an email on Monday when requested for comment.

Byroco Nominees is another firm affiliated to the Polakis Sarris law firm.

A Central Bank of Cyprus official said that he could not immediately recall that Quickpace had any deposits frozen in Cyprus. Also, a search on the website of the Department of Company Registrar revealed no pending charges or mortgages. Mokas, the Law Office’s anti-money laundering squad, was not immediately available for comment. The Andreas Sofocleous law firm did not respond immediately when asked for comment.

The buyers aimed to make a $130m profit by persuading a judge to unfreeze the Quickpace assets, Aljazeera reported citing “article 4.4” of the unsigned contract. Buyers would cooperate in “taking action to remove the arrest from the accounts”.

Yanukovych, an ally of Russia’s president Vladimir Putin, fled Ukraine in February 2014 after months of popular unrest which security forces attempted to quell with lethal force. His overthrow angered Putin who in response ordered the seizure and annexation of the Crimean Peninsula, sparking a tsunami of US and EU sanctions in response.

Russia is considered to be behind the unrest in the eastern part of Ukraine, inhabited by Russian-speaking Ukrainians.

Aljazeera reported that the documents it obtained while they make no explicit reference to the former Ukrainian leader, “reveal how Yanukovich’s clan pumped stolen money into companies in Ukraine with bank accounts in Latvia and gradually passed it through dozens of offshore shell companies in Cyprus, Belize, BVI and other money-laundering hotspots including the UK”.

In March 2014, Minister of Foreign Affairs Ioannis Kasoulides said that Cypriot authorities suspected that two Ukrainian nationals with assets in Cyprus could have embezzled public funds in their country.

The full report and video are available here.