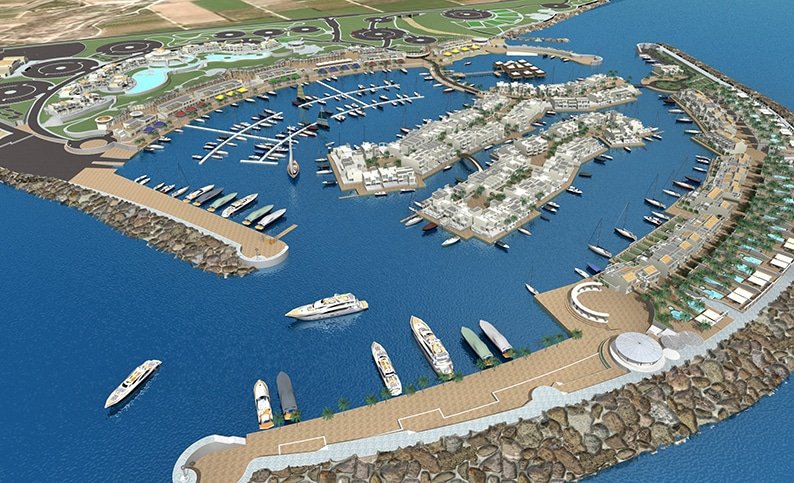 The Supreme Court has upheld an appeal by the Poseidon consortium that the committee responsible for overseeing the Paphos marina tender process is unlawful.

A decision made by the marina management committee last year saw the consortium lose out to Pafilia developers, after the body found that evidence supplied to secure financing for the multi-million euro project was ‘not satisfactory’.

The recourse brought by the consortium argued that the committee’s move to dismiss their tender, and move on to request Pafialia, next on the list, to commence negotiations was wrongful.

The decision was taken by the court at the end of December, according to the head of the Paphos chamber of commerce and industry Andreas Demetriades.

He told the Cyprus Mail that in its judgment the Supreme Court upheld the complaint of the consortium and noted that the establishment and functioning of the marina management committee was unlawful and therefore its decisions void.

He said that two possible outcomes are now likely, depending on the decision of the attorney-general.

“We are waiting for a decision, until then nothing can be done and we don’t know how long it may be,” he said on Tuesday.

The first option would see the first tender cancelled as it is outdated and more than a decade old, and a new, updated version published as soon as possible.

A second option makes more sense from a legal point of view, he said, and would involve appointing a new marina management committee.

“They would evaluate all of the documents submitted by the Poseidon consortium and decide if it meets the tender criteria or not,” he said.

If so, the Poseidon consortium would duly be awarded the contract. If, however, they find criteria are not met, the committee would have to consider the proposal of Pafilia, he added.

The Poseidon consortium had planned to build and run the new Paphos marina, which comes with a €215 million price tag, but were rejected in April 2017, which meant that tender runner up Pafilia could step up and submit their paperwork.

The Pafilia bid is a different design and costs less, around €175 million.

The tender for the project was first announced in 2007 and in 2008 it was initially awarded to the Cybarco-Pandora consortium, which includes the Leptos Group.

However, the other two bidding consortiums, Pafilia and Poseidon, a joint venture in which Aristo Developers is a major stakeholder, challenged the award at various stages.

In December 2015, the Supreme Court voted in favour of Poseidon and they had to provide proof of funds. The marina management committee decided that Poseidon was unable to meet the financial criteria and the project then passed on to Pafilia, the biggest developer in Cyprus.

Demetriades noted that much of the delay in the project is the fault of the businessmen of Paphos as they show unwillingness to work together, unlike their counterparts in other towns, who cooperate to ensure the best and speediest outcome for such projects.

“We are doing our best as the chamber of commerce to encourage Poseidon and Pafilia to join forces to go ahead. Capital would be strengthened and expertise increased, however, no interest in this has been shown by either party so far,” he said.

He noted that Paphos was the first to carry out a marina feasibility study in 1990 and assign the area of Potima Bay in Kissonerga as the best spot to build it, warning that “everyone” is losing patience and that ten years down the line Paphos has accomplished nothing while other cities which carried out studies after Paphos, such as Limassol already have a marina which is operational.