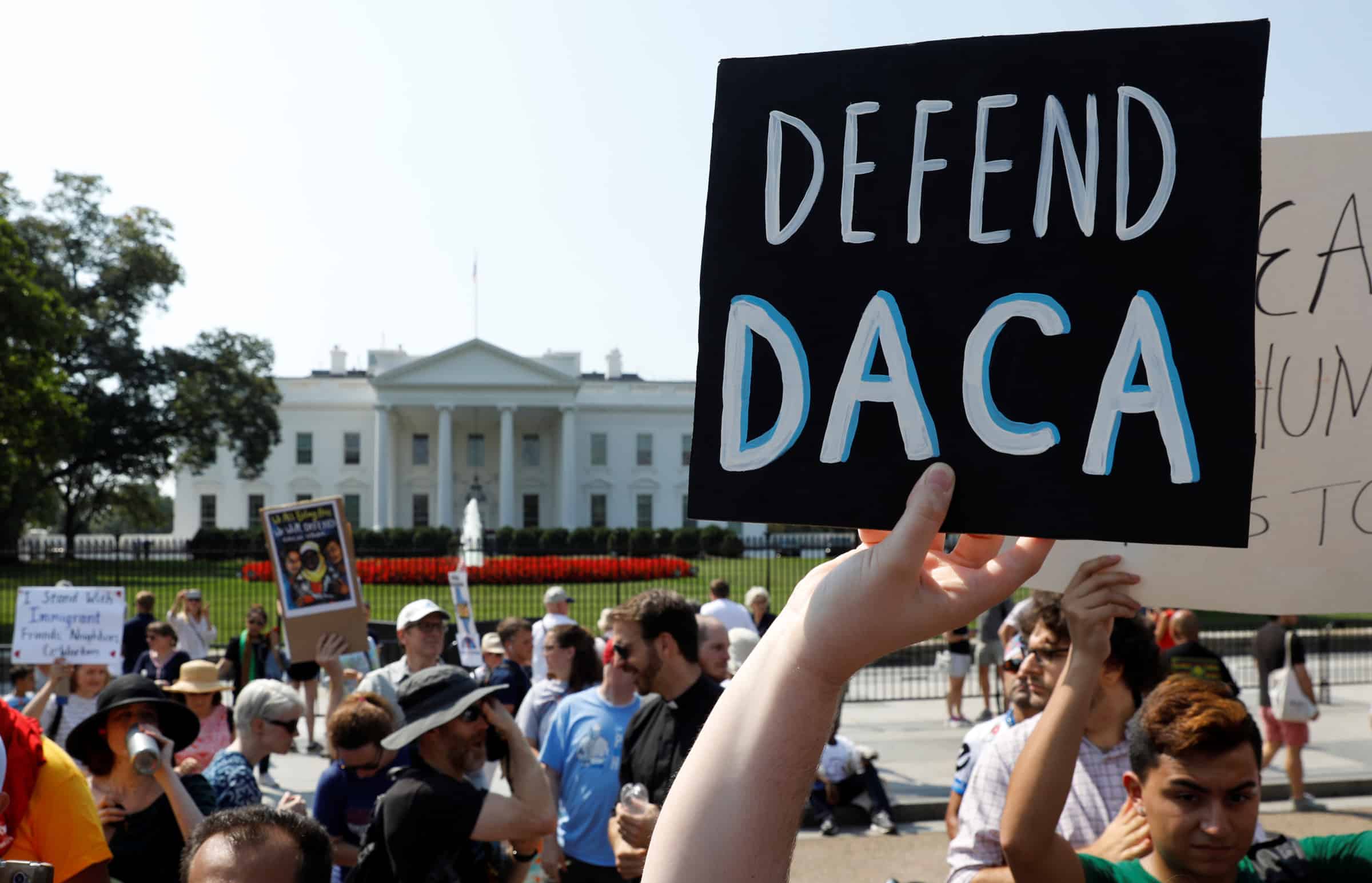 A US judge in San Francisco temporarily barred President Donald Trump’s administration on Tuesday from ending a programme shielding young people brought to the United States illegally by their parents from deportation.

The Trump administration announced in September it would rescind Deferred Action for Childhood Arrivals, or Daca, a decision that was challenged in multiple federal courts by a variety of Democratic state attorneys general, organisations and individuals.

US District Judge William Alsup ruled in San Francisco on Tuesday the programme must remain in place while the litigation is resolved. The ruling could complicate negotiations between Trump and congressional leaders over immigration reform.

“Today’s order doesn’t change the Department of Justice’s position on the facts,” said the department’s spokesman Devin M. O’Malley. The department “will continue to vigorously defend this position,” he said.

Alsup’s decision follows a number of rulings by other US judges seeking to rein in Trump’s immigration policies, including decisions that limited administration moves against sanctuary cities and narrowed the scope of a ban against travel from some Muslim-majority counties.

Nearly 700,000 young people, known as Dreamers, were protected from deportation and allowed to work legally under the Daca programme as of September 2017, Alsup’s ruling said.

“Daca gave them a more tolerable set of choices, including joining the mainstream workforce,” Alsup wrote. “Now, absent an injunction, they will slide back to the pre-Daca era and associated hardship.”

The plaintiffs were likely to succeed in arguing that the government’s decision to end Daca was arbitrary, Alsup ruled.

Mark Rosenbaum, an attorney for Public Counsel, which represents six Daca recipients in the case, applauded the ruling. “These young people played by all the rules. They demonstrated they are no threat,” he said.

“They are in the military; they are studying in school; they are creating jobs. Now the courts have told the government they have to play by the rules,” Rosenbaum said.

Roy Beck, president of Numbers USA, which backs stricter immigration laws, dismissed the significance of the court’s action, calling it “an aberration that surely will not be allowed to stand as it is appealed.”

The ruling comes as Trump and US congressional leaders are trying to hammer out immigration reforms, including whether and how to extend protections to young people who were covered by Daca.

Trump met lawmakers on Tuesday and said he would back a two-phased approach to overhauling US immigration laws.

The first step would focus on protecting Dreamers from deportation, along with funding for a wall and other restrictions that Democrats have opposed.

Trump said he then favours moving quickly to address even more contentious issues, including a possible pathway to citizenship for 11 million illegal immigrants that is opposed by many Republicans and many of his supporters.

A representative for the White House could not be reached immediately after the ruling.

Trump ran on a hardline immigration platform during the 2016 presidential election, promising to end Daca and strengthen border protections to increase jobs for US workers.

Todd Schulte, president of FWD.us, which advocates for protections for Dreamers, lamented on Twitter the continuing uncertainty for DACA recipients if Alsup’s ruling is appealed.

“This makes it MORE urgent for Congress to act and end this chaos,” he wrote.

Djokovic back with a bang at Kooyong