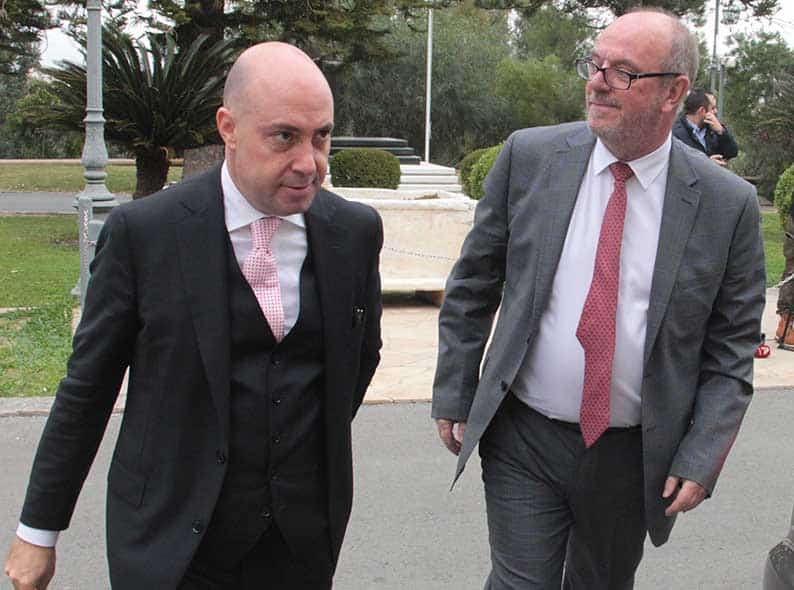 State and private doctors on Thursday demanded an apology from Health Minister Giorgos Pamboridis over a twitter comment where he described physicians as ‘filth’.

Pamboridis replied that he has nothing but respect for doctors who honour their oath. However, his aim was not to be liked but to serve Cypriot patients and see the implementation of the National Health Scheme (Gesy), he said.

State and private doctors Thursday gave a joint news conference to defend themselves against criticism by Pamboridis as to the sorry state of public hospitals their indignation over attacks by the minister.

The island’s medical world decided to speak up following a statement by Pamboridis earlier in the week that he was shocked by the refusal of state doctors to help out when they were asked to work in the Nicosia general hospital’s intensive care unit (ICU) which is understaffed.

The fact that Pamboridis on Wednesday revealed that the ‘political Judas’ he referred to last June in a tweet who had allegedly tried to sabotage a vote by the House plenum on the Gesy bills was in fact the head of the Cyprus Medical Association (CyMA), Petros Agathangelou, did not help.

To top that, in another tweet, the outspoken minister who is a lawyer, described the doctors as ‘filth’.

In reply to another tweet on Tuesday, Pamboridis said: “I thought lawyers were filth.  We are boy scouts compared to doctors”.

This turned the press conference scheduled by doctors to set the record straight as regards the situation in the ICU into an attack against Pamboridis.

There, Agathangelou, said that the efforts of the medical world to contribute to health reform through their suggestions, had been misinterpreted by Pamboridis.

The minister’s unsubstantiated and false statements, Agathangelou said, exposed all Cypriot physicians. “We believe that such attitudes are not only unethical, unfortunate and untimely, but they are aimed at harming the public image of the leadership of the CyMA, the members of medicine, our professional family, and manipulate public opinion”.

While the medical world, Agathangelou said, is sending out the message that its mission is to ensure the true upgrade of health services, “what we have witnessed instead, is confrontation through social networking”.

Pamboridis’ behaviour, he said, was “offensive, provocative, and has exceeded every limit of tolerance”.  “Cyprus’ medical community demands an apology from the minister,” Agathangelou said.

Agathangelou, who dismissed the minister’s claims that he was trying to sabotage the Gesy, said that those in the health sector favour the implementation of a “properly designed and structured” Gesy based on “rational” hospital autonomy.

Later in the day, Pamboridis said that everyone who knows him, know how he respects his fellow lawyers, and that it is also well-known that his father was a doctor and his mother a midwife and that he was raised in a clinic that “served for many years Cypriot patients”.

“My respect to the ordinary health care providers is unlimited and given. I have met in my life scores of doctors who honour the Hippocratic Oath every minute of their lives and I have only appreciation and respect for all of them,” he said.

He said that he never despised health care practitioners, and expressed his regret if some have been offended by his comments.

To those who find his attitude annoying however, he said: “this is who I am and besides, I don’t think that the attitude of a minister is important, but rather the work he produces”.

“Let me be judged for my work. My only goal is to serve the Cypriot citizen and benefit my country. My only concern is the Cypriot patient and the implementation of Gesy,” he said.

Those who have the same goals, he said, will find an ally in him.