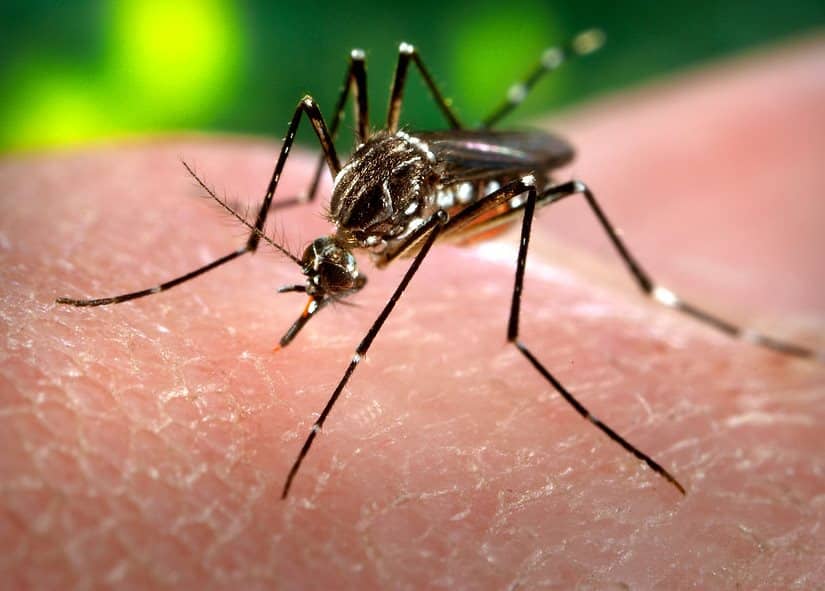 The mosquito-borne tropical disease , dengue, kills about 20,000 people a year in the Philippines

A Philippine government agency on Thursday exhumed the bodies of two children whose parents suspect they died of dengue after receiving a new vaccine against the disease, although its maker said it was not known to have caused any deaths in the country.

More than 800,000 Filipino children aged nine or more received Dengvaxia last year in a government immunisation drive against the mosquito-borne tropical disease that kills about 20,000 people a year.

The Department of Health (DOH) stopped using Dengvaxia last month after its maker, Sanofi Pasteur, said the vaccine itself may in some cases increase the risk of severe dengue in recipients not previously infected.

One of the two exhumed bodies showed signs of excessive bleeding, said officials of the Public Attorney’s Office (PAO), which provides free legal assistance to the poor.

PAO forensic expert Erwin Erfe said bleeding was observed on the scalp of the second body.

“Bleeding is a prominent symptom of dengue,” Erfe told Reuters by telephone.

PAO is also investigating the deaths of five other children who received Dengvaxia and initial findings reveal a pattern in how they died, PAO chief Persida Acosta said.

“There was bleeding in the vital organs, the lungs, heart, liver, kidney, brain,” Acosta told Reuters. “These are all compatible with hemorrhagic shock.”

She said the PAO had received numerous requests to exhume bodies after the government launched its investigation.

The DOH said it would look at the findings. The DOH has also submitted cases involving the deaths of 14 children who received Dengvaxia to a review panel of doctors from a state university and a state-owned hospital.

While Dengvaxia is the first-ever approved vaccine for dengue, scientists had recognised it was imperfect and did not protect equally against the four different types of the virus in clinical tests.

A new analysis from six years of clinical data showed Dengvaxia provided persistent protective benefit against dengue fever in those who had prior infection.

But those not previously infected could suffer more severe symptoms in the long term, following vaccination upon a subsequent dengue infection, Sanofi has said.

“Up to this date, there has been no death established to have been causally linked to the dengue vaccine, not even among the 40,000 people involved in clinical trials conducted across 15 countries,” Sanofi said in a statement.

Going back to mediaeval times