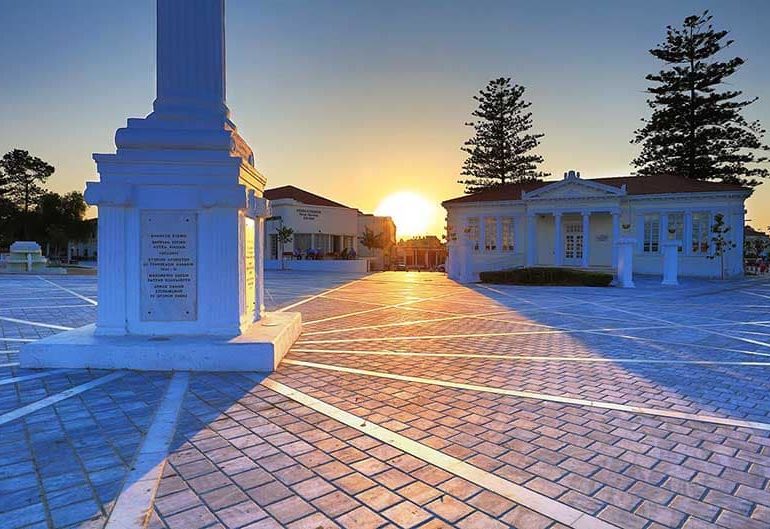 MEMBERS of the green party will visit Paphos on Friday to tour the area, talk with residents and discuss issues of concern with local mayors.

The group will include green party head, George Perdikis, MP, and Andreas Evlavis of the Paphos Green party.

Evlavis told the Cyprus Mail on Thursday, that the first of the meetings will be held at Paphos town hall with Phedonas Phedonos and others, to seek actions and assurances.

“There are a number of matters that urgently need to be discussed, including how we move forward with utilising the new and refurbished cultural buildings, such as the upgraded theatre, in a way that will greatly benefit the citizens,” said Evlavis.

The Greens are concerned that Paphos could end up with empty buildings and a void of cultural events, returning to the lack of events offered in previous years. Evlavis said that it is important to offer ‘another dimension to local life’. He stressed the importance that the town’s recent European capital of culture title, Pafos2017, leaves a lasting legacy that will encourage people to experience all sorts of cultural exhibitions, shows, events and concerts.

“We mustn’t let Paphos become dead again and after spending so much money in the town it must be exploited for the good of everyone to enrich their lives. As greens, we always want people to be involved and interested in all aspects of culture,” he said.

Evlavis said the greens will also discuss the huge numbers of trees which have been cut down in Paphos at the behest of the mayor over the last two years, which he said numbered hundreds. He also said that an unprecedented number of complaints had been received by the greens from concerned residents and business owners, upset that established trees were being cut down.

Although the mayor has planted a few thousand trees in that time, he conceded, this doesn’t excuse cutting older trees.

“Just because a tree is not indigenous to Cyprus does not mean it should be cut down and this practice has to stop,” he said.

He also noted that an arborist that would also take care of the town’s parks needs to be employed, as the position has been vacant for a number of years, since the previous staff member left.

“This way the mayor could not decide himself to cut whatever he feels like and a professional person would take on the responsibility.”

Another issue due to be discussed is the expected timeframes concerning the creation of a green spot in Moutallos which will accept around thirty types of waste, including unwanted furniture.

“This is particularly important for Paphos as people are currently dumping everywhere, even in river beds,” he said.

Green spots, which are part of the European directive on waste, aim to protect public health and the environment and to safeguard and improve the conditions of sustainable development.

Another main issue to be discussed is the bad driving habits of residents including, speeding and parking, which are out of control in the town. Recently, drivers have used the ongoing road and upgrading works in the town as an excuse, but as these are almost complete they can’t ‘dump’ their vehicles anywhere they want he said.

“Bad driving, speeding, parking on pavements and anywhere they feel like it must be prevented, it’s time to crack down,” he said.

The greens will follow up the meeting in Paphos with a similar one with the mayor of Peyia, Marinos Lambros, said Evlavis. However, this will also include topics such as access to blue flagged Coral Bay beach and development underway at the Sea Caves, which is limiting public access to the coast.

“We have had hundreds of complaints about blocked access and action must be taken,” he said.

Our View: Newspaper injunction in Loizidou case makes no sense