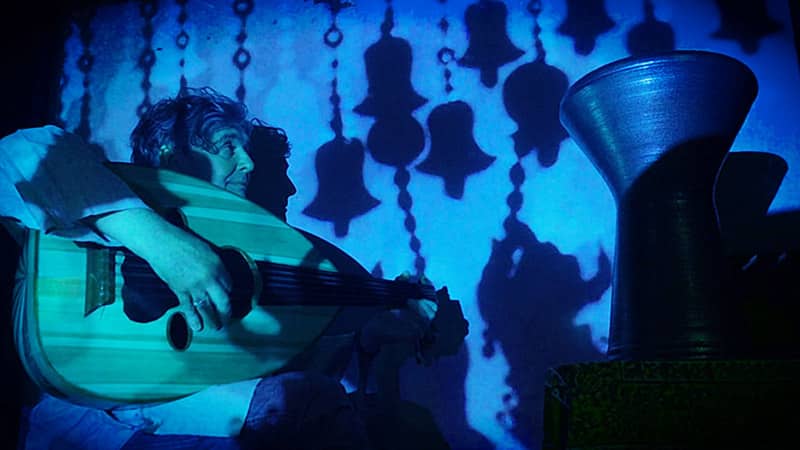 Music and film go together like tea and biscuits. You just have to look at how scores change the mood of a film and how it can easily make us well-up in those emotional scenes to realise how important music really is when it comes to motion pictures. Touching on these effects for two days next week, the Pharos Art

Foundation will present the screening of a number of silent films while original music will be played live.

The enLive 3 event, which will take place on Wednesday and Friday next week at the Shoe Factory in Nicosia at 8.30pm, will provide audiences with the opportunity to enjoy four silent cinematic masterpieces set to original music performed by the Prima Vista Quartet, Chris Davies and Andreas Zafiropoulos.

The first film to be screened on Wednesday, is the oldest surviving animated feature film, 1926’s The Adventures of Prince Achmed. The film uses intricate silhouettes made from cut-out cardboard and thin sheets of lead, an animation technique the director Lotte Reiniger invented, to enact a tale from The Arabian Nights. The film tells the story of a wicked sorcerer who tricks Prince Achmed into mounting a flying horse. What follows is a series of wondrous adventures.

Davies will perform a multi-instrument performance in an ‘orchestra’ of percussion instruments, xylophones, bamboo and metal flutes and electronics at the screening.

The second film of the night will be the 1926 film The General, directed by Buster Keaton. The General is based on the autobiographical book The Great Locomotive by William Pittenger. The film sets off the adventures of Southern railroad engineer Johnny Gray (Buster Keaton), facing off against Union soldiers during the American Civil War. Johnnie loves his train (‘The General’) and his fiancée, Annabelle. At the outbreak of the war, he is turned down for service because he’s more valuable as an engineer, but Annabelle thinks it’s because he is a coward. Union spies capture The General with Annabelle on board. Johnnie must rescue both his train and his girl, and he pursues the soldiers, using various modes of transport in comic action scenes that highlight Keaton’s boundless wit and dexterity.

The General will be screened while live music by Baudime Jam will be performed by the Prima Vista Quartet, considered a leader in the rarified world of cine-concerts.

Friday begins with the screening of the 1922 film Nosferatu, directed by Friedrich Murnau. The pioneering film in the silent German expressionist movement, is an unauthorised adaptation of Bram Stoker’s Dracula, but it eschews the traditional role of Christian iconography of symbols, retaining only a few vestigial references, for example an allusion to the seven deadly sins. The darkly attractive vampire in Nosferatu will come alive to the music by Baudime Jam, performed by the Prima Vista Quartet.

The last film of the day and the event will be the 1923 film Safety Last!, directed by Fred C Newmeyer and Sam Taylor. The film stars the comic genius of silent movies Harold Lloyd, who ironically dangles from the hand of a giant clock on a 12-storey skyscraper above busy Los Angeles streets.

The film revolves around a boy (Lloyd) who leaves his rural home to make a name for himself as a man of means in the city and to make his girlfriend (Mildred Davis) proud of him. He gets a job as a sales clerk in a big department store serving obnoxious customers, pretending that he is the manager. When his girlfriend makes a surprise visit, he has to pull out all the stops to make sure she doesn’t realise the truth. The comedy will be screened to original music written and performed by Zafiropoulos on the piano.

Cypriot and Greek forces carry out search and rescue exercise