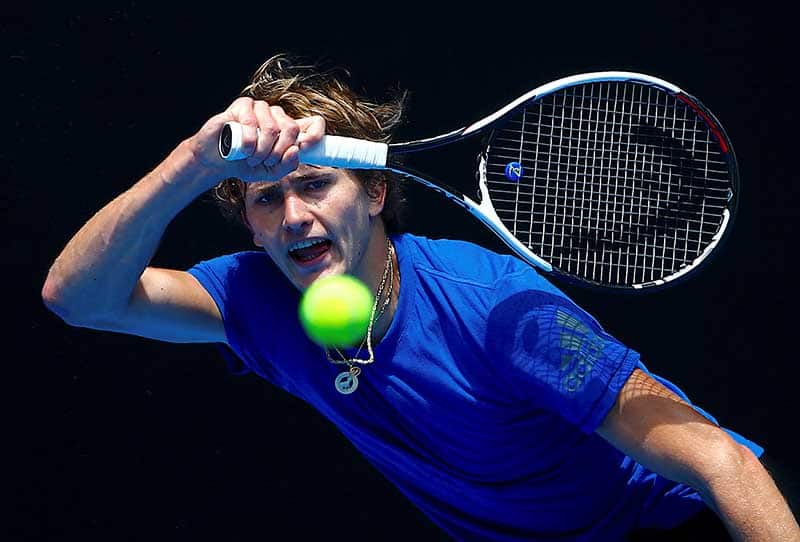 Grigor Dimitrov and Alexander Zverev, two men who made perhaps the biggest steps forward in 2017, believe they are ready to contend for the title at the Australian Open, which begins in Melbourne on Monday.

Dimitrov starts the year ranked third, having won his biggest title in November when he triumphed at the ATP Tour Finals at the O2 Arena in London.

However, Bulgarian Dimitrov, a semi-finalist in Melbourne 12 months ago, is trying not to get ahead of himself.

“Until it’s done, I don’t want to have any (sixth) sense, to be honest,” the Bulgarian told reporters in Melbourne on Saturday.

Dimitrov admitted it was a different feeling to see himself as the third seed in a grand slam event, but that the hard work was still to be done.

“It doesn’t mean anything,” he said. “Of course, I’m pretty happy and excited with what I have achieved. Obviously, I have high expectations of myself. I want to do the best that I can.”

Zverev emerged from the pack in 2017 with his five titles, including Masters 1000 victories at Rome and Montreal.

The only thing lacking from the German’s list of honours is success at the grand slams, having only made it to the last 16 just once, at Wimbledon last summer.

“I think improving the grand slam performances is one thing (he needs),” he said.

“I lost to Nadal here. I lost to (Milos) Raonic in Wimbledon. Every time in five sets. That’s nothing to worry about too much. But obviously that’s one goal for me this year.”

Zverev, who is now coached by former world number one Juan Carlos Ferrero, said he had no doubts about his ability.

“I’ve showed on multiple occasions over the year that I can play and beat the best guys in the world,” he said.

“I mean, I’m number four in the world for a reason. Not trying to sound cocky or anything, but I’ve always said that I’ve always been working hard physically, I’m always trying to improve the performance at the grand slams.

“Hopefully I can do so this week.”

Hopefully the above information has clarified things for you. As it was previously mentioned, if you are not sure whether you want to allow the cookies or not, it is usually safer to leave cookies enabled in case it interacts with one of the features you use on our site. However, if you are still looking for more information, then feel free to contact us via email at [email protected]l.com