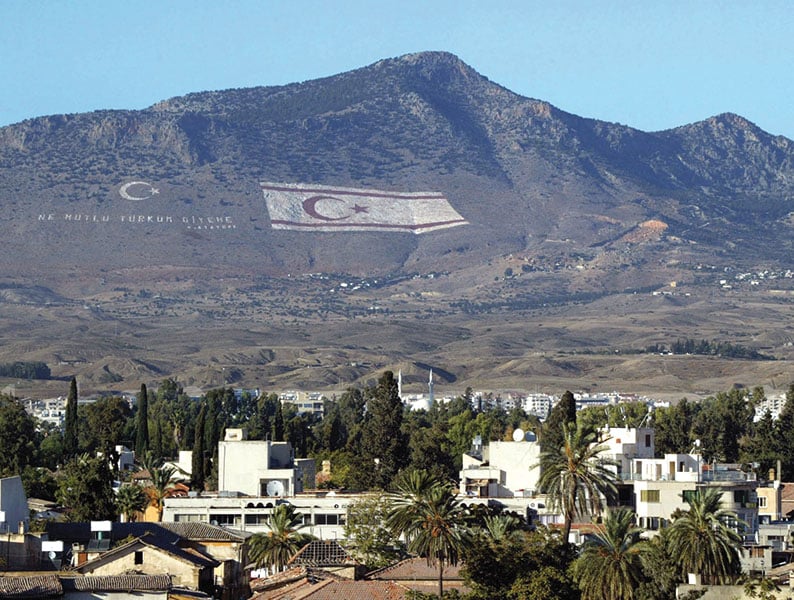 The criticism by Turkey of the Rome declaration shows how annoyed the country is that the position of Cyprus on security and guarantees also reflects that of the international community, government spokesman Nicos Christodoulides said on Saturday.

In a statement on Friday the Turkish foreign ministry said that the seventh paragraph of the joint declaration adopted at the fourth summit of the Southern European Union Countries (Med7), held in Rome last Wednesday with the participation of Italy, France, Spain, Portugal, Greece, Malta and Cyprus, ‘contains distorted and unconstructive statements regarding the Cyprus settlement process’.
“These statements reflect the Greek Cypriot stance that was the main reason for the failure of the negotiation process which began on the Island in 2008 and ended in 2017 with the closure of the Conference on Cyprus without an outcome,” the announcement said.

It added that this was yet another example of how the Greek Cypriot side takes advantage of its EU membership in its efforts to hinder a settlement.

“What is mentioned in the joint declaration of Rome is the position of seven EU member-states, it is the position of the entire European Union, is what the UN secretary-general himself is saying, it is what the international community believes regarding the chapter on security and guarantees,” Christodoulides said.

What appears to have annoyed Turkey is the mention of no guarantees and that Cyprus’ EU membership ‘is the best safeguard for a reunified Cyprus’. Turkey – a guarantor power along with Greece and the UK under the 1960 Treaty of Guarantee – is not willing to give up its status citing security concerns of Turkish Cypriots and has several times said it disagrees with the Greek Cypriot sides’ position – echoed by EU officials – that the best guarantee for security is being a functional state, and particularly being a member of the bloc.

The paragraph of the declaration titled Bringing the EU forward in 2018 contested by Turkey said: “We closely follow and reiterate our support for a viable comprehensive settlement of the Cyprus problem, in line with the UNSC resolutions and the EU acquis, that reunifies Cyprus and its people, and which safeguards Cyprus’ sovereignty, independence and territorial integrity, without guarantees. The Republic of Cyprus is and will remain a member of the European Union after the settlement, and EU membership is the best safeguard for a reunified Cyprus.”

“The fact that such statements, which are far from being impartial and exclusively reflect the position of the Greek Cypriots, were allowed in a declaration by the Med7, a grouping containing several prominent EU members, does not provide any positive contribution to the efforts to reach a settlement in the Cyprus issue,” the Turkish foreign ministry said.

The declaration proves the annoyance of Turkey that this position also reflects the position of the entire international community on the issue of security and guarantees, Christodoulides said.

The sooner Turkey and some circles in the north realise that, Christodoulides added, ‘the sooner we will achieve the settlement of the Cyprus problem’.

He said that the government is not interested in making a good impression.

One of the key disagreements between the Greek and Turkish Cypriot sides is whether, following a settlement solution, Turkey’s security guarantees for the new, federal state are required to address security concerns among the Turkish Cypriot community, as their leader argues, or an outdated notion, insistence on which would breed suspicion among Greek Cypriots, as the latter’s leadership believes.

California police hope for “miracle” to find missing in mudslide