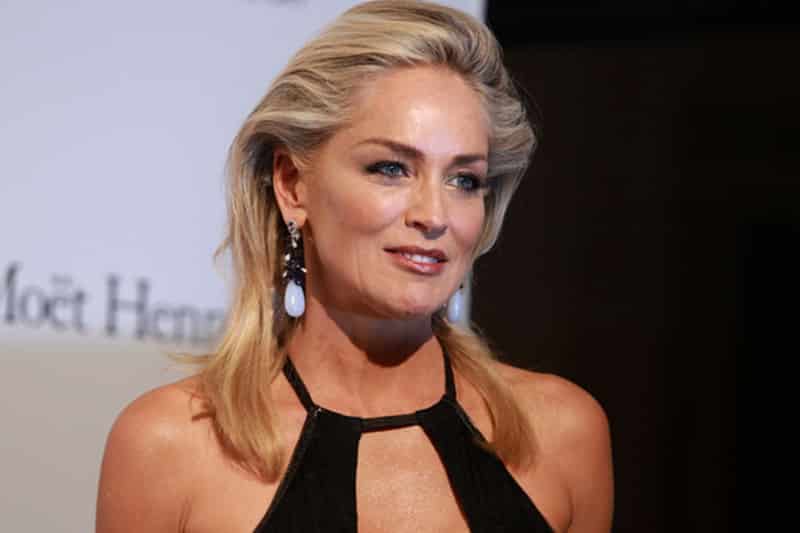 The 59-year-old actress had to re-learn “everything” when her life was “wiped out” as a result of the ruptured blood vessel in 2001, and she believes work dried up following her recovery because she was considered to be a “broken person”.

Sharon – who will make her TV return in Steven Soderbergh’s ‘Mosaic’ later this month – said: “There was about a five per cent chance of me living. My whole life was wiped out.

“Others aren’t that interested in a broken person. I was alone.

“I’m sure I seemed peculiar coming through this all these years, and I didn’t want to tell everybody what was happening because, you know, this is not a forgiving environment.

“I’m so grateful to have this. The chance of my having it was so slim.”

While Sharon is backing working in the acting industry again, she still has some alone time and likes to spend some of it talking to her tree, admitting it “kinda” talks back.

She said: “I talk to my tree … it’s pretty fabulous, it smells so great.”

The Hollywood star – who has adopted sons Roan, 17, Laird, 12, and 11-year-old Quinn – has “seen it all” in the entertainment industry over the last 40 years, and is pleased to see women are becoming more “empowered”.

When asked if she has ever been in a position when she has felt “uncomfortable”, she laughed and replied: “Oh, I’ve been in this business for 40 years. Can you imagine the business I stepped into 40 years ago?

“Looking like I look, from nowhere, Pennsylvania? I didn’t come here with any protection. I’ve seen it all.

“We’re starting to acknowledge our own gifts as women and not think that we have to behave as men in order to be empowered or powerful or valuable.”

Speaking to ‘CBS Sunday’, she added: “You know, people think they saw so much. But I, too, have a pause on my remote control. There’s not that much to see.”

Sharon previously recalled suffering a near-death experience in which she saw a “giant vortex of light” when her brain haemorrhage struck.

She said: “I feel that I did die. This kind of giant vortex of light was upon me and – poof! I sort of took off into this glorious, white light. I started to see and be met by some of my friends … people who were very, very dear to me [who had died].

“I had a real journey with this that took me to places both here and beyond. But it was very fast – whoosh! Suddenly, I was back. I was back in my body.”