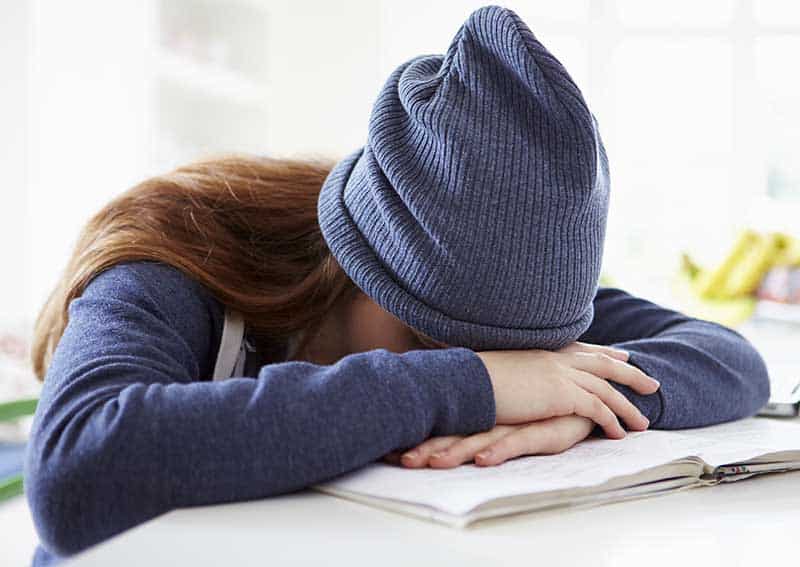 I like new beginnings. I like the start of things, the potential in the coming week/month/year. So January is fun for me. But I’m not part of the majority, it seems. Often cited as the most depressing month of the year, January is a catch-all for bad weather, illness and debt. So much so that the official ‘Most Miserable Day’ falls each year on the third Monday of the month. Now, breathe in and brace… because that’s tomorrow!

Originally Blue Monday was a term coined by the media in response to an algorithm created by Cardiff University psychologist Cliff Arnall in 2005. Cliff claimed he’d worked out an algebraic equation which pinpointed the third Monday of the first month as the worst day of the year, and the press jumped on the idea. In actuality, the canny Cliff (we assume money changed hands) was persuaded to come up with his formula by a television publicist, who capitalised on the pronouncement by coercing the public into buying flights to sunnier (read: happier) destinations. But ever since, Blue Monday has lived on in the public imagination – an unstoppable phenomenon for the slow news days at the start of every year.

The supposedly scientific formula reads: [W+(D-d)]xTQ/MxNA. W is weather, D is debt, d monthly salary, T time since Christmas, Q time since failure of attempt to give something up, M low motivational level and NA the need to take action. It looks good, doesn’t it? It takes in everything from the cold (which most people hate), to post-Christmas financial woes, New Year’s resolutions, and the general lack of willingness to spend half an hour struggling into cold weather gear just to head down the road for a pint of milk. But what it doesn’t allow for is, say, everyone who enjoys ski-ing; or all the mums who are thrilled the holidays are over; or even those who, like me, love new beginnings!

Okay, Cyprus is not a hotbed of January joy here – we’re 65th in the World Happiness ranking, almost half way down (just below Mauritius and above Estonia) and could stand for a little improvement. But we don’t suffer horrendous weather, New Year’s Resolutions aren’t really a big thing, and our salaries are pretty awful most months – January’s certainly no exception! So, once you’re away from the stultifying cold of the UK, is Blue Monday a real thing?

Sotos Michael, Chairman of the PanCyprian Association for Psychotherapists is an expert on matters of the psyche, and though he hasn’t heard of Blue Monday, he’s very familiar with the idea of ‘winter blues’. “January is the month directly succeeding the winter solstice,” he explains. “And that means darker days and longer nights, even in Cyprus. Now, if you think of your psyche as a sort of human battery, there’s a good parallel here. A battery operates at 60 to 70 per cent of its capacity most of the time and, in summer, that’s how your psyche is working. But in January, your human battery is operating at a much lower level: our psyches do tend to follow the rhythms of nature, the seasons, so perhaps it’s natural for people to be more ‘down’. It’s a little bit harder to crank up the engine of your psyche in the winter as opposed to the summer; there’s a slower movement both physically and internally.

“Also,” he adds, “rather than being out and about, we’re all spending an increased amount of time indoors. It’s a time when people tend to be quieter, more thoughtful, more introspective, and that does force many of us to spend more time with ourselves and our psyches.”

Several recent studies have shown that those who are introverted are more likely to suffer from depression, Stephen Hawking famously suggesting that “quiet people have the loudest minds”. So perhaps there’s some truth to the idea of winter blues: it’s hard to feel down when you’re reading on the beach, swimming in the sea and spending your evenings practising café life but, come the cooped up conditions of the colder months, the mind does tend to turn in on itself.

While Sotos admits one cannot generalise, and there are many people who appear more lively in the winter and might disagree with his expertise, he does reveal he sees quite a bit of laissez faire at the start of the year. “Amongst my clients, and even within myself, January seems to herald more of a ‘can’t-be-bothered’ attitude to life.” Referencing the myth of Persephone and Demeter, he notes that even our ancestors created stories to explain away the notion of seasonal blues, adding, “I’ve always thought it’s no coincidence that Christmas is on December 25: it’s an artificially cheerful time, full of light and joy and bustle, which helps to lift that winter feeling, that ‘lowness’ that’s in tune with the season.”

So, turns out there may actually be some truth to Blue Monday. Even if there’s no hard-and-fast scientific evidence behind a specific day, the whole winter month is certainly a bit of a downer for most; even those of us who thrive on new beginnings will admit to finding it hard to get out of bed on a cold, dark morning – especially after the weekend! On a lighter note, there is a supposed inverse to the most miserable day of the year…

Good old Cliff, that media sell-out, later came up with another equation for the happiest day of the year. This time, the report was commissioned by – no surprise – Wall’s ice cream, and the formula includes everything from mindfulness to kindness, health, authenticity, calmness, connectedness, uncertainty and the three Fs: friends, family, and fun. Which sounds like a load of nonsense, even if you factor in the end of exams, better weather and reduced traffic congestion as everyone heads off to the beach. The day hasn’t yet received a formal name (probably because happiness doesn’t sell papers!) but it’s there. Alas, we’ve a while to go yet. Because the happiest day of 2018 is set to fall on the second Friday of – wait for it – July. And while I do enjoy new beginnings, what I really, truly love is summer! Roll on the next few months…

For more information on the PanCyprian Association for Psychotherapists call 70000357, email [email protected], or visit http://www.papsychotherapy.com

Russia will not support US bid to change Iran nuclear deal: Lavrov