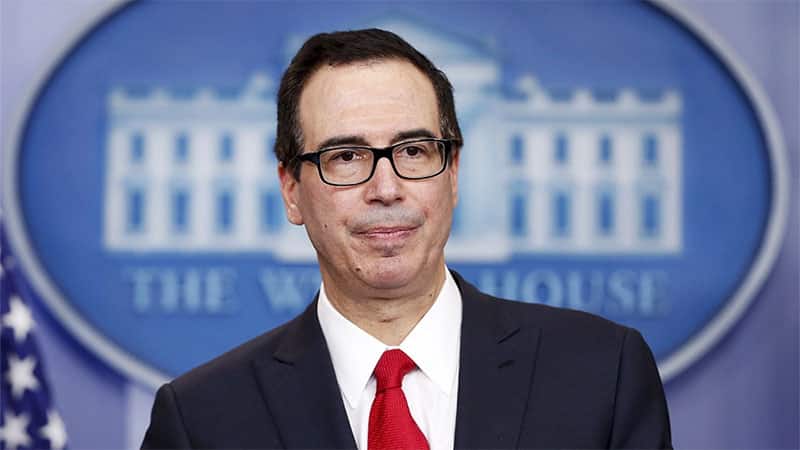 US Secretary of the Treasury Steven Mnuchin

A Serbian arms dealer recently placed on a US blacklist has been linked to two Cyprus-based companies through which he allegedly negotiated the sale of weapons.

Slobodan Tesic, who spent nearly a decade on the United Nations Travel Ban List for violating UN sanctions against arms exports to Liberia, was included on a ‘malign actors’ list issued by the US government last month.

US President Donald Trump’s Executive Order – ‘Blocking the Property of Persons Involved in Serious Human Rights Abuse or Corruption’ – issued on December 21, 2017 named 13 people whose assets Washington is freezing within US jurisdictions.

“Today, the United States is taking a strong stand against human rights abuse and corruption globally by shutting these bad actors out of the US financial system. The Treasury is freezing their assets and publicly denouncing the egregious acts they’ve committed, sending a message that there is a steep price to pay for their misdeeds,” US Secretary of the Treasury Steven Mnuchin said at the time.

According to the US Treasury Department press release, Tesic “is among the biggest dealers of arms and munitions in the Balkans… In order to secure arms contracts with various countries, Tesic would directly or indirectly provide bribes and financial assistance to officials. Tesic also took potential clients on high-value vacations, paid for their children’s education at western schools or universities, and used large bribes to secure contracts.”

The Cyprus Mail contacted justice minister Ionas Nicolaou to ask whether Cypriot authorities were alerted to the blacklist by their US counterparts.

It was not possible to speak with the minister, who was otherwise engaged.

The Mail left a message with the Serbian embassy in Nicosia, which did not get back.

Both companies said to be linked to Tesic are still active, according to data publically available on the website of the Registrar of Companies.

Charso Limited and Grawit Limited have the same address in Limassol. The former was registered on February 22, 2012, the latter on August 30, 2010.

Likewise, Grawit’s business was described as “Import: Guns and weapons.”

Moreover, both companies appear to share the same address as Moon Storm Enterprises, another Limassol-based company (now de-registered) also linked to Tesic in the past.

According to a US diplomatic cable posted on Wikileaks and dated December 14, 2009, Moon Storm Enterprises was said to be a front company for Tesic.

The cable, citing information relayed to the Americans by the Bulgarian Embassy in Sana’a, Yemen, claims that Moon Storm Enterprises concluded a US$78m arms contract with the Yemeni defence ministry in October 2009.

“The Bulgarian Embassy claims that Moon Storm Enterprises and its Executive Manager, Goran Andric, both named in the contract, are linked to Slobodan Tesic, a Serbian national listed in the travel ban annex to UNSC Resolution 1521.”